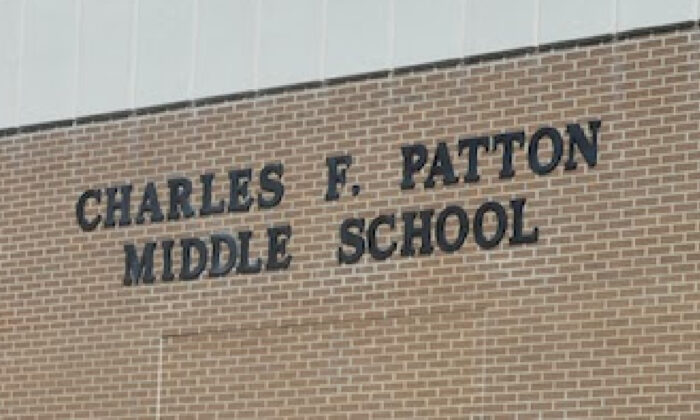 'The fight is getting serious.'
By Patricia Tolson

Parents in Pennsylvania have uncovered documents through a public records request that expose how school employees have been pushing gender ideology to middle school students as young as 11 years old through a “Gender & Sexuality Alliance” (GSA) club without the knowledge or consent of parents.

According to the GSA Network website, “Genders & Sexualities Alliances, or GSAs for short, are student-run organizations that unite LGBTQ+ and allied youth to build community and organize around issues impacting them in their schools and communities.”

However, what the parents had discovered was that during the 2021-2022 school year, two Charles F. Patton Middle School (CFPMS) employees—sixth-grade school counselor Cara Malone and seventh-grade English teacher Colleen O’Neill—aggressively advertised a Gender Sexuality Alliance (GSA) club to students, soliciting kids as young as 11 to join. This was done without the knowledge or consent of parents but with the approval of the school district. CFPMS is part of the Unionville-Chadds Ford School District (UCFSD) in Chester County, Pennsylvania.

In an email exchange (pdf) dated Dec. 10, 2020, and obtained by district parents via the Pennsylvania Right to Know Law, O’Neill shares an email she received from teacher Marcia DiGregorio with counselor Cara Malone.

DiGregorio said one of her students had answered a question on an assignment and mentioned her sexuality.

According to DiGregorio, the student wrote, “I want a boyfriend or girlfriend when I am older. I am pansexual meaning I have the ability to like all genders.” DiGregorio wrote that she wanted to make sure the necessary supports were in place for the student, and also asked if there was “anything else I should do other than thank them for their honesty and helping me to get to know them better.” (The email did not indicate the question on the assignment that prompted this answer.)

DiGregorio wants to start a GSA club at CFPMS or make it possible for middle school students to attend the high school GSA club meetings. Malone also indicates she had “spoken with Steve and he would like the need to be student-generated.” So, she said she planned to attend the next Unionville High School (UHS) GSA meeting to “get some feedback from the high school students” they already solicited to join the club they had created on their own.

The Epoch Times has discovered that “Steve” is Steve Dissinger, principal of CFPMS. An email to Dissinger from The Epoch Times asking for confirmation the conversation took place went unanswered.

According to Elana Fishbein, founder of No Left Turn in Education, UCFSD parents received the above email, and more emails included below, in the course of their fight to get information from school officials about the inclusion of critical race theory and gender theory in their children’s school curriculum.

While some parents expressed concern to district officials, Fishbein said “those parents were assured that such topics were not being taught in the district.” However, “that assurance was knowingly false.” A June 2021 invoice proved the district paid $12,000 to join the Delaware Valley Consortium for Excellence & Equity in June 2021. The focus of the organization is “to develop networks of school districts and school district leaders that are focused on eliminating achievement and attainment disparities defined by race/ethnicity, economics, gender, or (dis)ability.”

Tired of having their emails ignored, parents started attending school board meetings to ask for answers directly. But Fishbein said their requests were quickly met with “the same attitude of arrogance and belittling” that other parents across the country have been receiving from school board members when they dare to question the district’s authority.

So the parents went around the school board and started filing requests through Pennsylvania’s Right to Know Law (pdf), which provided a means for the parents to access public information.

“They’ve been getting a lot of the communications between teachers and counselors and school board members, and the more information they uncovered, the more they were horrified,” Fishbein said. “One of the issues they focused on was the sexualization of the children.”

In an email exchange dated Feb. 8, 2021, CFPMS counselor Rachel Saletta wrote to English teacher Emily Davis (pdf) to say that a student revealed to Saletta that her preferred pronouns were “they/them,” and Saletta suggests that Davis hide this from the student’s parents.

“If you are emailing home, it may be best to use she/her when referring to [redacted],” Saletta wrote.

Saletta also included two links to other resources and attached a document (pdf) titled “A Guide for Supporting Trans and Gender Diverse Students,” written by the American Psychological Association. The district has refused to provide the additional resources—”an article from UPenn and one from The University of Kansas”—referenced in the email.

In a Feb. 16, 2022 email from UHS Counseling Secretary Jennifer Smith (leader of the high school GSA club) to UHS Guidance Counselor Maribeth Lyles, Smith announces that O’Neill, the co-founder of the CFPMS GSA, would speak to a group of students about her graduate studies in “Transformative Education and Social Change, with a focus on LGBTQ youth.” Smith made sure to note that the link to the first virtual meeting, held Nov. 18, 2021, had only been shared with “current members” of the GSA club, who were instructed “not to pass it out, but instead to tell any interested kids, that they can get the link either from” her or Lyles.

It is worthy to note that the Coursework and Areas of Interest for the West Chester University TESC program in which O’Neill is enrolled is based on a “critical theoretical foundation” and prepares teachers to “construct transformative programs and practices” to be used in the classroom, focused on “Critical Race Theory and/or Racial Justice Framework,” “Urban Educational Studies” and “Queer Theories/Pedagogies,” among others.

However, through discovering various forms of sexual indoctrination being implemented in grades K–12, Fishbein said parents are now realizing that school officials and staff do not necessarily have the best interests of children in mind.

“They think, for whatever reason, that they have authority over our children once we put them in the school, that they can do whatever they want with them,” Fishbein said.

Statements given by teachers and school officials from across the country, and even by President Joe Biden, support Fishbein’s claim.

In October of 2021, schoolteacher Matt Walton wrote an op-ed for Business Insider, saying, “When it comes to what is being taught, that should be left up to elected and appointed professionals that have a background in education and actual experience with teaching. Just because a parent disagrees with something doesn’t make what they disagree with inappropriate for the classroom.”

During testimony before the Senate Health, Education, Labor, and Pensions Committee, also in October 2021, Education Secretary Miguel Cardona insisted that parents should not act as the “primary stakeholders” in education decisions.

During a gubernatorial debate on Sept. 28, 2021, former Virginia Democratic Gov. Terry McAuliffe said “I don’t think parents should be telling schools what they should teach.” Many attribute McAuliffe’s loss to that statement.

In February 2022, Wisconsin state Rep. Lee Snodgrass, a Democrat, posted on social media that “If parents want to ‘have a say’ in their child’s education, they should home school or pay for private school tuition out of their family budget.” After immediate backlash, Snodgrass deleted the post, following it up with a series of posts attempting to walk the statement back by saying her initial post “was lacking in nuance and easily misinterpreted.”

In January 2022, the Michigan Democratic Party insisted on social media that parents are “not the clients” of the schools and their children are taught what “society needs them to know.”

“Not sure where this ‘parents-should-control-what-is-taught-in-schools-because-they-are-our-kids’ is originating, but parents do have the option to send their kids to a hand-selected private school at their own expense if this is what they desire,” the now-deleted Facebook post read.

One of the UCFSD parents involved in the search for answers, who spoke to The Epoch Times under the condition of anonymity for fear of being targeted by district officials and to protect his children from retaliation, said he tried multiple times to address the harm they believe the district’s policies have inflicted on his children. He said the establishment of the GSA club in a middle school by school staff, without parental knowledge, is just another example of the district’s long history of abusing its powers.

The parent found out about the club through his daughter after she saw a post on social media. He was further disturbed to find out that on April 5, a schoolwide email was sent only to students by Malone, soliciting their participation in group or individual counseling sessions in a new Social Emotional Learning program. Again, the only way he found out was because his daughter disclosed the email. The email explains that the students will meet once per week for six weeks to “discuss topics such as friendships, emotions, problem-solving and other things.”  Because the “meeting times will rotate,” students will “miss a different class each time.”

Fishbein said many public school educators believe they can brainwash children with any idea they want.

“They believe that their woke view is more important than what the parents think,” she said. Then again, Fishbein conceded that many parents hadn’t been paying attention to this shift in education. “We trusted them. We didn’t think they were going to cause any harm to our children.”

Parents in Chester County, Pennsylvania, are not the only ones confronting this issue. The same thing is happening in Colorado and California. Parents in Beaverton, Oregon, faced a similar situation in January 2022, when they learned that fourth and fifth graders at Raleigh Hills Elementary School were invited to join a Genders & Sexualities Alliance club without their parents’ knowledge.

The Epoch Times reported on the case of a 12-year-old girl in Fort Collins, Colorado, who was invited to an after school “art club” that turned out to be a chapter of the “Genders & Sexualities Alliance,” and the administrator running the club allegedly told the girl that if she didn’t feel comfortable in her body, it meant she was transgender, and also passed out materials discussing sexuality and gender. The young girl’s parents pulled her from the school and sought therapy for her, but the experience has left her confused and traumatized, her parents said.

“The conduct and behavior of the adults who are organizing these things is the same everywhere,” the father said. “It can’t be a coincidence. It’s as if they’re being instructed in how to organize and indoctrinate these kids.”

According to Mass Resistance, which has been documenting the escalating push by activists to sneak GSA clubs into middle schools since 2008, that suspicion may be accurate.

Fishbein said the fight over indoctrination in schools is getting serious.

“They are doubling down, tripling down, and quadrupling down,” she said, referring to those who advocate for the teaching gender, sexuality, and critical race theory to students. “They did not expect this kind of fight. I think they thought it was going to be a walk in the park because they have control over social media and mainstream media.”

But Fishbein said those ideas are not mainstream, and instead, the parents who are fighting back are in the mainstream.

“They have the resources we don’t have, but we have the people,” she said. “At this point, if there was any level of trust that remained between parents and the school system, it was shredded.”