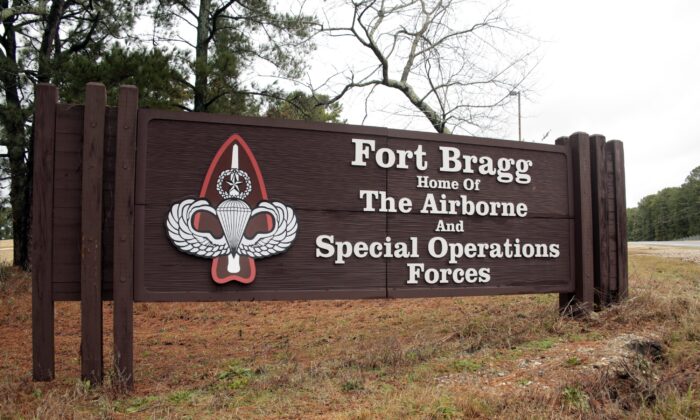 A panel on May 24 unveiled its recommended new names for military facilities that were named in commemoration of the Confederacy and its leaders.

Fort Benning in Georgia should be renamed Fort Moore after Lt. Gen Hal Moore and his wife Julia, the Naming Commission said.

Additionally, the following names were proposed:

The names of the U.S. military facilities, located in six states, were reviewed on orders from Congress, which will have the final say on whether the proposed new names are acceptable. The commission is made up of eight volunteers selected by Congress and the defense secretary. The commission must submit a final report to Congress by Oct. 1, as stipulated in the 2021 defense funding bill.

A 10th facility, Fort Belvoir in Virginia, does not meet the criteria in the bill for a renaming proposal but the commission recommended the military conduct its own review of the name.

The commission also considered recommending the renaming of the USNS Maury and USS Chancellorsville but ultimately opted against doing so.

Commission members came up with the proposals after visiting the facilities and speaking with military commanders, in addition to meeting with community leaders and reviewing public comments, of which more than 34,000 were received.

“This was an exhaustive process that entailed hundreds of hours of research, community engagement and internal deliberations,” retired Navy Adm. Michelle Howard, the chair of the commission, said in a statement. “This recommendation list includes American heroes whose stories deserve to be told and remembered; people who fought and sacrificed greatly on behalf of our nation.”

The bill that triggered the process was vetoed by then-President Donald Trump due in part to the inclusion of the renaming process.

A bipartisan majority in each chamber overrode the veto.