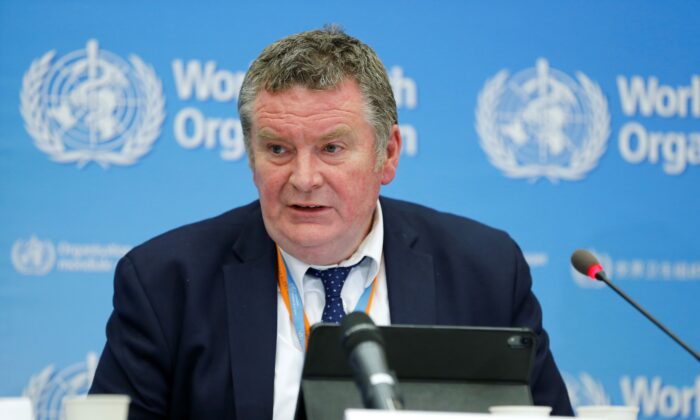 Pandemic Could Be Over This Year If Distribution of Vaccines and Treatments Is Addressed: WHO

The worst of the COVID-19 pandemic could be over this year if issues with distribution of vaccines and treatments are addressed quickly, World Health Organization (WHO) officials said Tuesday.

Speaking during a panel discussion on vaccines hosted by the World Economic Forum, officials noted that while the virus may ultimately never go away, the worst of the pandemic, such as deaths, hospitalizations, and lockdowns, could be over this year so long as issues around the distribution of vaccinations and treatments are addressed soon.

WHO Health Emergencies Program Executive Director Dr. Michael Ryan said “we may never end the virus” because such pandemic viruses “end up becoming part of the ecosystem.”

But “we have a chance to end the public health emergency this year if we do the things that we’ve been talking about,” he said.

“What we need to do is get to low levels of disease incidence with maximum vaccination of our populations, so nobody has to die,” Ryan said. “The issue is: it’s the death. It’s the hospitalizations. It’s the disruption of our social, economic, political systems that’s caused the tragedy—not the virus.”

During a separate discussion on Tuesday WHO chief Tedros Adhanom Ghebreyesus noted that the Omicron variant of the CCP (Chinese Communist Party) virus, which causes COVID-19, continues to put pressure on global health systems, noting that there were more than 18 million cases reported last week worldwide.

“The number of deaths remains stable for the moment but we are concerned about the impact Omicron is having on already exhausted health workers and overburdened health systems,” Ghebreyesus said.

“In some countries, cases seem to have peaked, which gives hope that the worst of this latest wave is done with, but no country is out of the woods yet,” he said. “I remain particularly concerned about many countries that have low vaccination rates, as people are many times more at risk of severe illness and death if they’re unvaccinated.”

Researchers and health officials are hopeful that the Omicron variant, while highly transmissible, is less severe, and early studies indicate a lower risk of hospitalization from the variant compared to the previously-dominant Delta strain.

Yet while Ghebreyesus on Tuesday also noted that the Omicron variant may pose less severe risks than other variants, the WHO chief said that “the narrative that it is mild disease is misleading, hurts the overall response, and costs more lives.”

“Make no mistake, Omicron is causing hospitalizations and deaths, and even the less severe cases are inundating health facilities,” he said. “The virus is circulating far too intensely with many still vulnerable. For many countries, the next few weeks remain really critical for health workers and health systems.”

In contrast to Dr. Michael Ryan’s remarks, Ghebreyesus said that the pandemic is “nowhere near over” and that new strains of the CCP virus are likely to emerge while urging nations to work together.

“I am concerned that unless we change the current model we’ll enter a second and even more destructive phase,” the WHO chief said. “We need to make sure we share current vaccines equitably and we develop distributed manufacturing around the world.”

“We can only beat this virus if we work together and share health tools equitably. It’s really that simple,” he said.