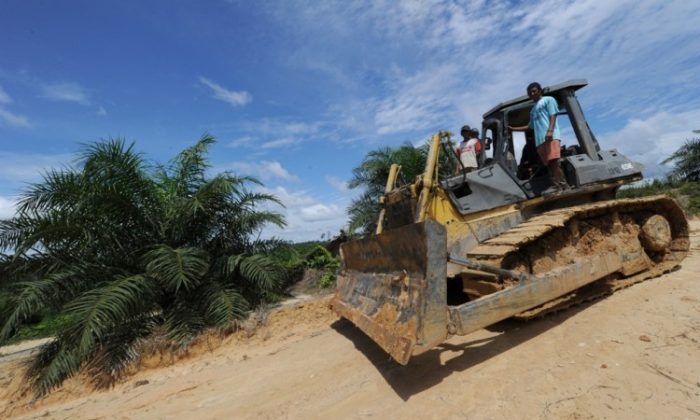 The cultivation of palm oil, an item frequently seen in processed foods, personal care products, and soaps, is a main factor in the destruction of the Indonesian rainforest, said a new study from Stanford and Yale researchers.

The study, published Sunday in the Nature Climate Change journal, shows that palm plantations in Borneo are causing mass rainforest deforestation, leading to an uptick in global carbon dioxide emissions.

Expansion of palm plantations may contribute more than 558 million metric tons of carbon dioxide into the atmosphere in eight years, the researchers said. The figure is greater than the emissions Canada produces through the use of fossil fuels.

“Despite contentious debate over the types and uses of lands slated for oil palm plantations, the sector has grown rapidly over the past 20 years,” project leader Lisa M. Curran, who is a professor of ecological anthropology with Stanford, said in a statement. Her team used field measurements and analyzed high-resolution satellite images to arrive at its data.

Indonesia produces the most palm and palm kernel oil—both account for more than 30 percent of the world’s vegetable oil use—and most of its palm plantation expansions are taking place in Borneo, an island about the size of California and Florida combined. At the same time, Indonesia has the third largest area of tropical rainforests.

The oil is also used to produce biodiesel that is used in vehicles.

But in 2010 alone, land clearing caused the emissions of more than 140 million metric tons of carbon dioxide, making Indonesia one of the world’s largest greenhouse gas-emitters in the world. Researchers attribute the large emissions of greenhouse gases to the rapid loss of rainforests and peatlands.

The researchers created a map of the expansion of palm plantations from 1990 to 2010, the first of its kind.

“With this information, we were able to develop robust carbon bookkeeping accounts to quantify carbon emissions from oil palm development,” Kimberly Carlson, a Yale doctoral student who led the study, said in a statement.

Since 1990, the expansion of oil palm plantations forced the clearing of around 6,200 square miles of old growth and logged forested lands in Borneo, an area about the size of Hawaii, the study said.

“A major breakthrough occurred when we were able to discern not only forests and nonforested lands, but also logged forests, as well as mosaics of rice fields, rubber stands, fruit gardens, and mature secondary forests used by smallholder farmers for their livelihoods,” Carlson said.