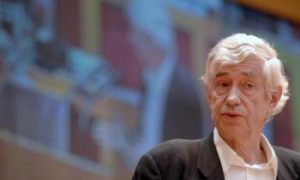 Israel's Ministry of Foreign Affairs (IMFA) has expressed dismay that The Palestinian Authority has honored a man responsible for the 2002 “Passover Massacre,” which left 30 people dead at Netanya's Park Hotel in Netanya.

"The Palestinian Authority has chosen a bizarre and troubling way to mark the upcoming Jewish festival of Passover," Israel MFA wrote in an article on the award.

According to the ministry, the Palestinian Authority last month gave the family of Abbas Al-Sayed, the mastermind of the attack, an “official, festive plaque, in celebration of the anniversary of the massacre.”

In the incident, a man walked into the dining area at the hotel and detonated a bomb in his suitcase during a Passover meal hosted for people without family during the holidays. More than 30 mostly elderly people were killed and dozens more were maimed when suicide bomber Abdel-Basset Odeh detonated a device.

The Ministry of Foreign Affairs said, “Evidence revealed that Al-Sayed was involved in planning the Park Hotel bombing down to the minutest details, from checking the bomber's explosives belt to helping him write his will and making a video of him reading it.