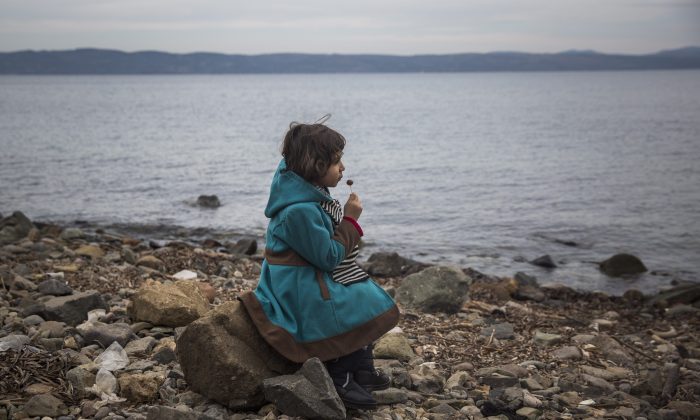 A Syrian girl eats a lollipop after her arrival on a small boat from the Turkish coast on the northeastern Greek island of Lesbos on Nov. 16, 2015. (AP Photo/Santi Palacios)
Canada

Not all countries accept U.N. refugees for resettlement. And, in addition to what the UNHCR is asking, many European and Middle Eastern countries are also dealing with the impromptu flow of Syrians across their borders as they attempt to find new homes on their own.

Here is how some countries have responded directly to the U.N.

Australia: 5,800 spaces for resettlement and a special humanitarian program. A further 12,000 spaces for Syrians and Iraqis have been committed but no breakdown of how many will be Syrians has been provided.

Brazil: 7,380 humanitarian visas have been issued to individuals affected by the Syrian situation. People admitted under this program have the right to apply for refugee status.

France: Since 2012, France has provided 1,880 asylum visas for Syrians, which enable them to travel to France for the purpose of applying for asylum. Last week, they announced they will take 30,000.

United Kingdom: 216 Syrian refugees have been accepted under a relocation program. In September, the government pledged to expand that program by accepting up to 20,000 Syrians until 2020.

United States: The U.N. has so far submitted 22,427 Syrian refugees to the U.S. for resettlement consideration. The U.S. has recently pledged to resettle 10,000 in the next year.