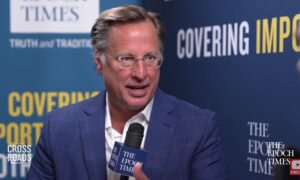 OTF Chino Dolla, the manager of rapper Lil Durk, was shot and killed in Chicago, according to reports.

On Twitter, news of his death spread, with some saying “RIP OTF Chino.”

Reports indicate the 24-year-old, whose real name is Uchenna Agina, was shot in Avalon Park. It’s unclear who shot him, DNAInfo reported.

Earlier in the day, Chino posted a photo with Chicago Bulls star Joakim Noah on Instagram.

According to the Chicago Sun-Times:

Jackson said he met Agina Tuesday at a photo shoot to promote Lil Durk’s upcoming album, and again Wednesday at an art show at Mars Gallery in the West Loop.

“Chino was a good dude,” Jackson said. “He took care of the business. That is what he was known for.”

Jackson said Agina was a behind the scenes guy, and called him “humble.”

“I definitely didn’t think what happened to him would happen to him,” Jackson said.

RIP @OTF_CHINO prayers go out to his family and Durk OTF.