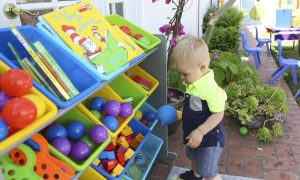 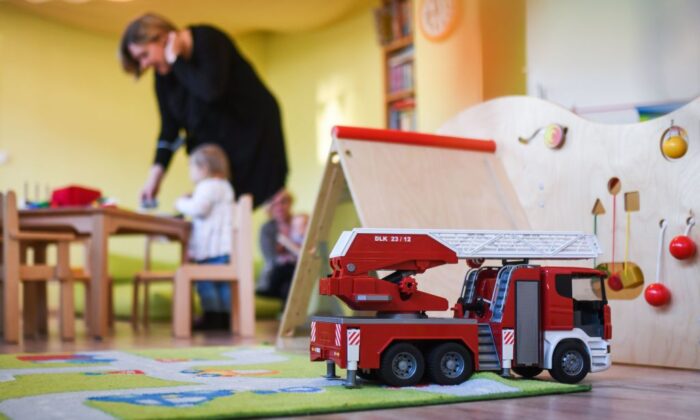 Rep. Michelle Steel (R-Calif.) introduced a bill June 14 that could help businesses invest in childcare programs in an effort to entice parents to return to work.

If passed, the legislation will provide startup funding for businesses to either open a childcare program, expand a current one, or form a partnership with outside providers.

The move to increase childcare spaces came after about 2.9 million parents left the workforce between January 2020 and January 2021, according to the U.S. Department of Labor. The return to work has been difficult for many parents due to a lack of in-class schooling, a shortage of available child care spaces, and the rising costs of childcare.

Funding for the bill would come from the American Rescue Plan Act (ARPA) that went into effect in March. The act provides $24 billion to form a stabilization fund for states, which are required by law to notify the government by December if they cannot obligate at least 50 percent of the funds.

If the funds remain unobligated, the bill would allow states to repurpose the money for increasing the amount of childcare for businesses.

Steel said she felt the unobligated funds from the ARPA would be put to great use if they were able to help parents return to work and in turn, help the workforce fill millions of job openings.

“Finally California has opened, but [employees] cannot go back to work because their kids are at home,” Steel told The Epoch Times. “So we want to help these parents so that they can go back to work, but they need somebody else to watch their babies. And especially those businesses, if they want to help these parents to support child care, then it’s going to be a [great] way to use this money.

“The shortage of childcare in Orange County is causing $4.3 billion in the loss on productivity in wages,” Steel added.

The bill, which Steel introduced in combination with Rep. David Schweikert (R-Ariz.), will encourage the long-term stability of a business’ childcare system by requiring businesses to demonstrate plans to sustain the system after the grant period of about nine months is over.

If businesses continue to show they are doing a good job with the childcare, the contract will have the ability to be expanded, Steel said.

“This is really good because the [U.S. Department of Labor] just announced that there are 9.3 million job openings, and they don’t have enough people coming in, so I think this is going to be helpful to not just workers but especially helpful for small businesses. [With all the parents out of work], we have to do something about it, and that’s why we are doing it.”

Steel said she expects to receive bipartisan support on the issue and will soon be talking to Democratic colleagues who might consider co-signing the proposal.

She said she is going to really push for the bill to pass, citing its importance for both families and businesses.