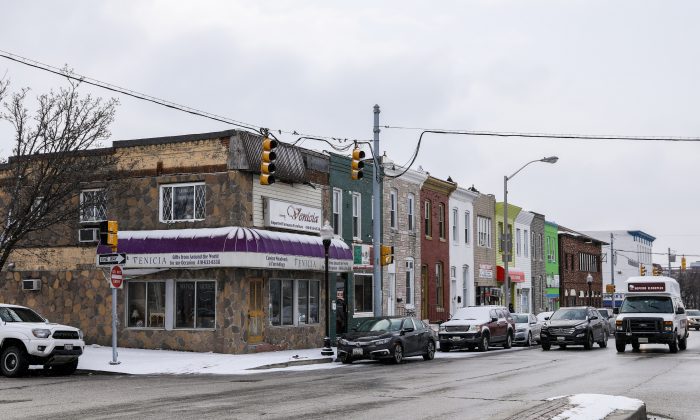 Opportunity Zones Attract $75 Billion, May Lift 1 Million out of Poverty

WASHINGTON—Nearly $75 billion in private capital flowed into opportunity zones as part of a bipartisan incentive provided by the tax reform of 2017 to spur investment in the poorest communities of the United States, according to a study by the White House released on Aug. 24.

“Qualified Opportunity Funds raised $75 billion in private capital by the end of 2019, most of which would not have entered OZs [opportunity zones] without the incentive,” according to an initial assessment report by the White House Council of Economic Advisers (CEA).

Created by the 2017 Tax Cuts and Jobs Act, opportunity zones offer tax breaks to private funds that invest in the economically underserved communities. The Treasury Department designated more than 8,700 neighborhoods throughout the country as opportunity zones in 2018.

These areas have an average poverty rate that is more than double that of other communities, and have a large population of African Americans, Hispanics, and high school dropouts, according to the report.

Many funds have been set up and raised money to support this new asset class since the second quarter of 2018. And real estate funds have been the first movers on this opportunity.

Besides real estate investments, the zones have also been attracting new businesses, according to a senior administration official.

“There has been real estate investment. There’s been retail investment. But there’s also been a great deal of operating businesses, in particular, after the final round of rules and regulations were finalized last December,” the official told reporters.

For instance, in rural Tennessee, a manufacturing company built a tile production facility that will create more than 200 jobs in a city that has a population of just 1,391 people, he said.

The CEA predicts that the capital raised so far could lift 1 million people out of poverty, slashing poverty in these areas by 11 percent.

The program boosted the private equity investments in opportunity zones by 41 percent, according to the report. That was 29 percent higher than the investment that flowed into a comparison group of businesses in eligible communities that weren’t selected as OZs.

As a result of these investments, “hundreds of thousands of jobs” have been created, the senior administration official said.

A new independent study also found that these investments increased employment growth in opportunity zones by 2 to 4 percentage points relative to comparable tracts over the past two years. And the job growth happened across the board, benefiting a wide range of industries and a variety of skill levels.

The CEA also estimated that opportunity zone designation alone has lifted housing values by 1.1 percent over two years, which implied $11 billion in additional wealth for the nearly half of the residents in these zones who own their own homes, according to the report.

Treasury Secretary Steven Mnuchin last year predicted nearly $100 billion in private capital could be funneled into opportunity zones over the next 10 years.

“So these things are actually working extremely well. And they will continue to improve as time goes on. There are some who want to denigrate them and say all kinds of horrible things. You know that’s the society we live in today,” he said.

A HUD report estimated that revitalization projects have benefited 35 million Americans across the nation’s opportunity zones.

The COVID pandemic, however, had an effect on investment in these zones too.

According to a survey by Economic Innovation Group, 52 percent of investors reported that current economic conditions are negatively affecting their opportunity zone activities.

However, the investments are expected to rebound, since most investors “remain engaged in the opportunity zone marketplace,” according to the survey. Despite the pandemic, some are still actively looking for new opportunities to make investments in these zones.

The opportunity zones idea was championed by Sens. Tim Scott (R-S.C.) and Cory Booker (D-N.J.) and Reps. Pat Tiberi (R-Ohio) and Ron Kind (D-Wis.) in 2017, and was later included in the tax code.

With respect to tax benefits of the investments, the CEA predicted that “capital gains would normally be taxed at a 21.3 percent rate, as opposed to an effective rate of 6.9 percent in 2019.”

“For funds invested in 2019, the present values of taxes paid on investments in an OZ are less than one-third what they would be if invested outside an OZ,” the report stated.