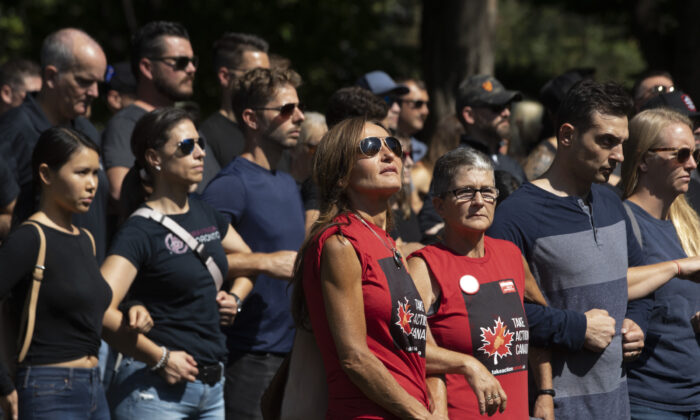 A group of front-line workers including healthcare professionals and members of the police and fire service protest vaccine mandates outside the Ontario Legislature in Toronto, on Sept. 13, 2021. (The Canadian Press/Darryl Dyck)
Canada

Vaccination Threats and Coercion a Reminder of Life in Iran 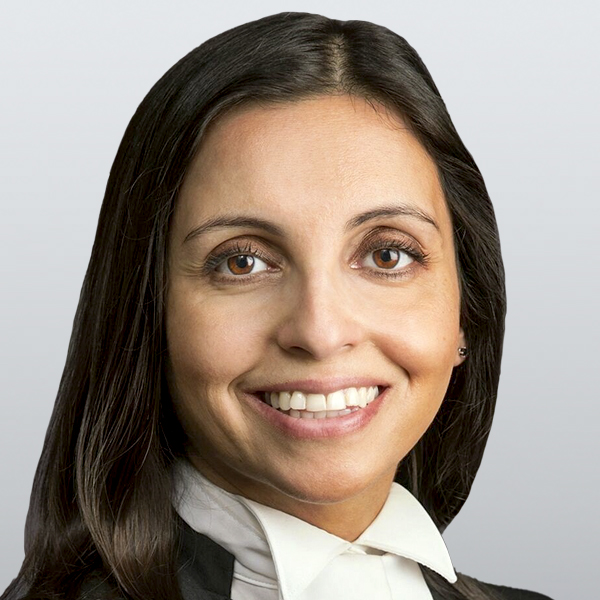 In a free and democratic country, no one should have to choose between their bodily autonomy and their livelihood. That is not a real choice.

The Supreme Court of Canada and the Ontario Court of Appeal have made it very clear, again and again, that bodily autonomy is a cherished right that must be protected. This includes the right to not receive treatment, no matter how absurd it might seem to an outsider.

I was born in Iran, a country that does not have a Charter of Rights and Freedoms and does not recognize human rights and civil liberties. Since the 1979 Revolution, millions of Iranians have been purged from their positions because they did not toe the party line, and instead asked questions and spoke out against injustice.

One of the first things the Iranian regime does to people that oppose its oppressive measures is to prevent them from making a living. Without the means to keep a roof over their head and provide for their family, people are not able to oppose the dictatorship. Only when their basic needs are met can they focus on resisting the oppression going on around them. Further, purging the regime’s opponents from government positions ensures that only government supporters work in the public sector, and few if any people will challenge government policies.

Never did I imagine I would witness similar techniques being used by various levels of government in Canada—my beloved adopted home. This is happening either directly through government mandates, or through the government’s empowerment of employers that choose to terminate those who refuse the COVID-19 vaccine.

There is a simple alternative to firing people for refusing to submit to a medical procedure: safety concerns can be addressed by providing rapid testing.

It is precisely during times of emergency that our Charter, human rights, and civil liberties are most vulnerable. Once we start giving away or losing those rights, getting them back will not be easy.

The current mandates should not seek to divide people between those who are vaccinated and those who are not. It’s about sticking together as a society, rather than looking for people to blame. And we need to stick together more than ever when the Charter rights of all Canadians are being threatened.

For the past 18 months, front-line workers including doctors, nurses, paramedics, firefighters, and social workers have been considered heroes as they’ve worked tirelessly through very difficult and unprecedented conditions, while many of us have had the privilege of working from home.

Today those very same heroes are losing their careers, their ability to put food on the table and a roof over their heads, simply because they do not want to submit to a medical procedure they are not comfortable with.

Some of these individuals are single moms or dads who need the income to provide for their children. Others are supporting larger families. Many of these front-line workers will not be able to obtain any other employment elsewhere, as more and more vaccine policies are mandated.

Many employers recognize a medical exemption to mandatory vaccine policies. But this is hollow and meaningless, given that Dr. Nancy Whitmore, the CEO of the College of Physicians and Surgeons of Ontario, limits this medical exemption only to those who have already received the first dose of the vaccine and have had severe allergic reactions to it. This means anyone wishing to obtain a medical exemption must first submit to the blatant violation of their bodily autonomy, contrary to the Charter’s protection of life, liberty, and security of the person.

In other words: to be exempt from violations, you must first submit to a violation.

Employers who reject religious and conscientious exemptions are violating the Human Rights Code and may expect grievances filed by unions and complaints to the Human Rights Commission. But that does not solve the immediate problem of many front-line workers who will be left without an income, and no way of making a living in the meantime. It is not clear whether these people would even be entitled to unemployment benefits.

Over the last week, I have received countless requests for help from front-line workers who have lost, or are about to lose, their livelihoods. While this has been disheartening, I have found hope and witnessed courage in so many Canadians, including those who are fully vaccinated, who recognize the injustice of these mandates and do not hesitate to speak out against them.