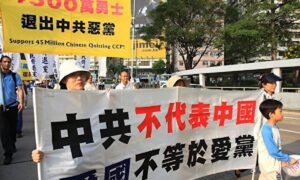 What’s at the Core of the China-US Conflict?
0 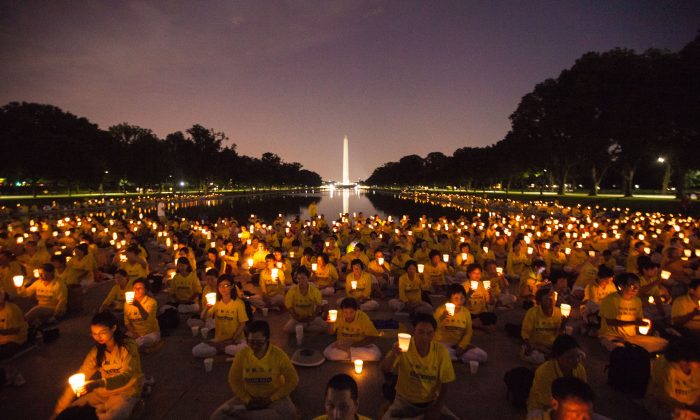 Falun Gong practitioners hold a candlelight vigil for those who have died during the persecution in China, in Washington, D.C., on July 14, 2016. This years marks the 17th year of the persecution inside China. (Benjamin Chasteen/Epoch Times)
Thinking About China

Opinion: Trump Sends Powerful Message to Wrongdoers Around the World

President Donald Trump on Dec. 21 put the world on notice that America will no longer accept severe human rights abuses and corruption taking place around the world.

Trump issued an executive order declaring a national emergency to deal with those who commit such crimes.

In explaining his actions, Trump makes reference to the importance of values, and to the damage that perpetrators have done to societies around the world. “The prevalence and severity of human rights abuse and corruption … have reached such scope and gravity that they threaten the stability of international political and economic systems,” he said.

The new executive order relies in part on the authority given by the Global Magnitsky Act, which enables the executive branch to impose visa bans and sanctions on individuals responsible for human rights violations or significant corruption. Trump has ordered that perpetrators be banned from entering the United States and that their assets be frozen.

Trump has ordered that perpetrators be banned from entering the United States and that their assets be frozen.

It is a message to those who commit human rights abuses and engage in corruption that the United States, under Trump, will no longer stand for it.

Not only does the executive order target those who commit the crimes, it also targets those who enable them, whether they are foreigners or U.S. citizens.

For too long, the world has seen those responsible for severe human rights abuses act with impunity.

With the executive order, Trump is showing the world that “America first” does not mean that America does not care what happens around the world. With Trump in office, America has returned to a position of being a moral leader in the world.

One of the biggest, and in many ways overlooked, human rights abuses taking place today is the persecution of Falun Gong in China.

The peaceful meditation practice became hugely popular in China in the 1990s, to the point where an estimated 100 million Chinese were practicing it.

China’s communist regime and its leader, Jiang Zemin, couldn’t stand the popularity of the practice, which operated outside of the ideological control of the Communist Party.

Since July 1999, more than 4,000 Falun Gong practitioners have been documented as killed as a result of the vicious persecution campaign launched by Jiang. The actual number is believed to be much higher.

In launching the persecution against the practitioners of Falun Gong, Jiang gave the orders to “ruin their reputations, bankrupt them financially, and destroy them physically.” He used China’s vast resources, including its state media, its military, its police force, its education system, and even its health care system, to launch an unprecedented persecution campaign against the group of peaceful meditators.

According to the U.S. State Department in the 2016 International Religious Freedom report, the Chinese regime maintains to this day “an extralegal, [communist] party-run security apparatus to eliminate the Falun Gong movement.”

Falun Gong sources estimate that millions of practitioners have been unlawfully detained in China’s forced labor camps, prisons, black jails, detention centers, and so on, since 1999.

But China’s atrocities have expanded well beyond the torture and killing of its prisoners of conscience.

Since 2006, there have been numerous credible allegations that the Chinese regime established a state-sponsored system of forced organ harvesting for transplantations, with the main source of the organs being Falun Gong practitioners.

The allegations were first reported by The Epoch Times in March 2006. In response to an invitation from the Committee to Investigate the Persecution of Falun Gong in May 2006, David Kilgour, a former Canadian secretary of state for the Asia-Pacific, and David Matas, an international human rights lawyer, researched and detailed the claims of forced organ harvesting.

The organs were sold to wealthy Chinese and foreigners who could request a transplant within a time period as short as days. While the Chinese regime has always denied the allegations, it has not been able to account for the massive increase in organ transplants taking place in China since the persecution of Falun Gong began.

The allegations have also raised concerns in the highest levels of government in the United States. In June 2016, the House of Representatives adopted a resolution expressing concern “regarding persistent and credible reports of systematic, state-sanctioned organ harvesting from non-consenting prisoners of conscience in the People’s Republic of China, including from large numbers of Falun Gong practitioners and members of other religious and ethnic minority groups.”

Alongside Trump’s executive order, 13 individuals have already been targeted by the Treasury Department. Among those is Gao Yan, the director of the Beijing Public Security Bureau Chaoyang Branch, over the death of a human rights activist in detention in March 2014. As director of the Chaoyang branch, Gao was responsible for enforcing the persecution of Falun Gong. Ministry of Foreign Affairs official Chen Youbang has sued the branch for the unlawful detention and torture he suffered in 2012 for his practice of Falun Gong.

The executive order’s list also targets Mukhtar Hamid Shah, a Pakistani surgeon specializing in kidney transplants. Pakistani police believe Shah was involved in the kidnapping and removing the organs of victims for trafficking.

These two examples show that those who have engaged in or enabled the torture and killing of innocent citizens, or the involuntary removal of organs from people such as Falun Gong practitioners, could soon be targeted under Trump’s state of emergency.