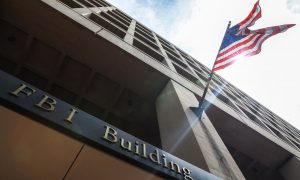 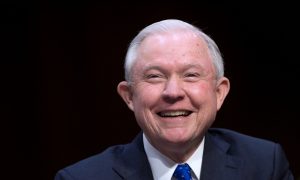 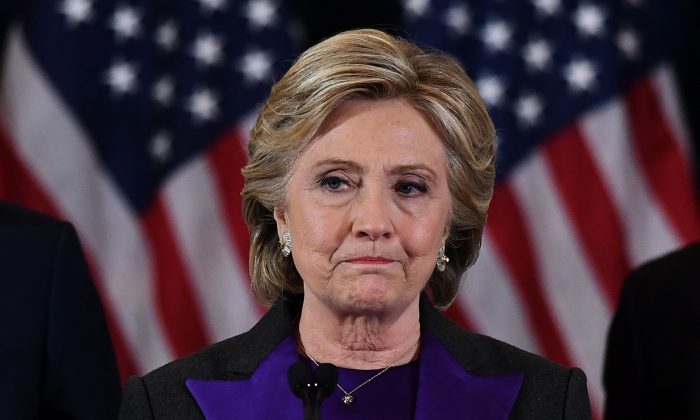 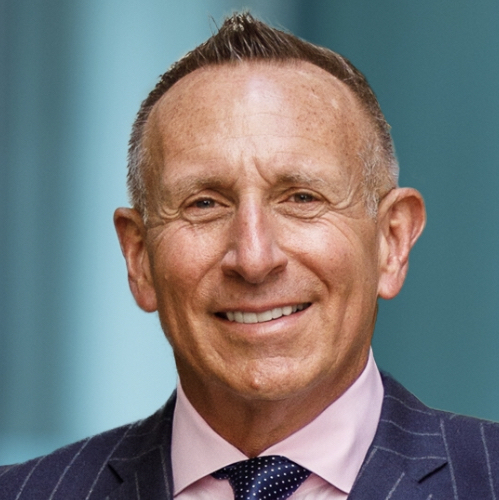 Though the worst of it has still not been released, the evidence now in the public realm shows a brazen and elaborate two-pronged plot, by high level Obama appointees, to exonerate their candidate of potential criminal liability including treason, bribery and obstruction of justice, based on actions she did in fact commit—establishing an unsecure homebrew server for classified emails, destroying government emails, accepting millions in speaking fees and Clinton Foundation donations from Russian actors and then approving the sale of U.S. uranium to a Russian-controlled company, while falsely charging the opposition candidate of a serious crime he never committed—colluding with Russian agents to alter the outcome of the U.S. election.

Ironically, it appears that Russian agents did attempt to alter the outcome of our election; only they did so by colluding with the conspirators’—not the opposition—candidate. It’s an unprecedented scandal that may destroy—at least will severely damage—heretofore revered governmental institutions and the media. This is a fascinating story a deeply complicit media refuses to report.

Hillary and Bill Clinton took hundreds of thousands of dollars in speaking fees and a staggering $145 million in Clinton Foundation donations from Russian actors, after which Hillary Clinton, then Secretary of State, approved the sale of 20 percent of U.S. uranium interests to Rosatom, an energy company controlled by Putin, potentially enabling the sale of U.S. yellowcake by the Russians to Iran and North Korea. To cover up what many pundits claim to be treason and its devastating impact on U.S. national security, the Clintons established their home-brew basement server and shredded all inculpatory emails—“where even god can’t read them.”

Though all this was in the public realm (courtesy largely of author Peter Schweizer, WikiLeaks, and Judicial Watch) before the election, pollsters still showed Clinton a shoo-in. The belief that she’d win paved the way for this epic, deep state conspiracy, the conspirators believing all would get swept under the rug, once she was in the Oval Office, as the texts between FBI agent Peter Strzok and his FBI paramour Lisa Page plainly show. When Hillary lost, the conspirators went into overdrive on part two of their scheme—endeavoring to destroy and then impeach President Donald Trump with a crime he never committed.

Thanks to maneuvering and admitted leaking by former FBI head James Comey, Deputy Attorney General Rod Rosenstein (following the Democrats successfully pressuring Attorney General Jeff Sessions to recuse himself) named Robert Mueller as special counsel to investigate Trump-Russia collusion, though there was none. No special counsel was named to investigate collusion between the Clintons and Russia. Ironically, the man in charge of the FBI when the Rosatom deal went down, Mueller—who had remained silent on the pending FBI investigation that would have exposed the Clintons and stopped that tragic breach of our national security—was put in charge of investigating the non-existent Trump-Russia collusion.

We now know, courtesy of emails obtained by Judicial Watch, that then-President Barack Obama lied in a March 2015 “60 Minutes” interview saying he first learned of Hillary Clinton’s home-brew basement server when the rest of us did, reading about it in the papers.  After Ms. Clinton lost, Obama began to push the Trump-Russia collusion narrative hard, including sanctioning Russia for their alleged interference. Top Obama appointees at the FBI and the Department of Justice (DOJ) conducted an investigation of Ms. Clinton that included no grand jury, no subpoenas, no search warrants, let alone a pre-dawn raid such as Mueller used against Manafort over years-old money laundering charges.

It appears the outcome of this fake investigation was pre-determined: the Strzok–Page texts suggest that Comey had decided to exonerate Clinton before her unsworn softball interview even took place.

More than softballing every aspect of the Clinton “investigation”—er, I mean “matter”—the FBI locked hands with Clinton in destroying evidence of any crimes she may have committed.  Writing “Welcome to the Twilight Zone,” on Oct. 4, 2016, the NY Post reported on a story, broken by Fox News, that as part of consensual testimony deals with Clinton aids Cheryl Mills  and Heather Samuelson, the FBI agreed to—and did—destroy their laptops after date-limited searches were conducted of them.

Simultaneously, high-ranking Obama appointees used the phony Trump Dossier—containing false and salacious allegations about Trump and Russian prostitutes—to fraudulently obtain a warrant from the Foreign Intelligence Surveillance Act (FISA) court to bug, wiretap, phone-tap and email-tap Trump and his campaign associates (all private U.S. citizens). We now know the fake Trump Dossier was bought and paid for by Clinton and the Democratic National Committee (DNC), and ironically based on false information supplied by the Russians to Fusion GPS contractor and ex MI-6 spy Christopher Steele, in a calculated attempt to destroy then-candidate Trump—a brazen effort to take the election out of the hands of the voters.

DOJ officials signed sworn affidavits that apparently omitted telling the FISA court that the dossier had been funded by the opposition party and candidate and that the salacious allegations were totally unverified.

Beyond using a false and salacious dossier contracted for by Clinton and the DNC to fraudulently obtain—by imbuing it with the FBI’s imprimatur—a FISA court warrant so that the in-power party could use government machinery to spy on the opposition candidate, the DOJ also engaged in additional serious FISA abuses, for which there may be both civil and criminal liability. We now know, from an April 2016 FISA court opinion (released but heavily redacted), that DOJ released raw intelligence data obtained under the unlawful warrant about private U.S. persons (Trump campaign people) to private contractors including, allegedly, Fusion GPS. Thus, DOJ officials not only fraudulently procured the warrant, they then, in violation of law, gave raw intelligence data to private individuals without security clearances, knowing those individuals were working for the Clintons.

A memo detailing these FISA abuses was prepared by Devin Nunez, chair of the House Intel Committee, based on the classified documents he reviewed, and the ensuing movement—#ReleaseTheMemo—prompted the House to vote to release the Nunez memo, paving the way for Trump to authorize its publication shortly.

Trump is now readying to lower the boom on the conspirators. In his State of the Union address, he said: “Tonight I call on Congress to empower EVERY cabinet secretary with the authority to remove federal employees who undermine the public trust or fail the American people.”

But that’s not all. The FBI apparently was itself involved in the creation of the fake dossier. DOJ official Bruce Ohr met with Fusion GPS in 2016 but failed to disclose the meeting, and then it was discovered that his wife, Nellie Ohr, worked at Fusion GPS.

With no evidence of the phony Trump–Russia collusion story, Democrats are now hoping Mueller will hit Trump with obstructing justice, but covering up a crime that never happened in the first place won’t sell in Peoria.  As we see it, Trump never tried to coerce Comey into dropping the investigation of Michael Flynn because Trump could have pardoned Flynn or simply directed Comey to stand down. It seems Comey was the one with an agenda. Unsolicited, Comey under oath admitted that he had gone to Trump with the dossier, explaining he could not verify it to be true. What was the reason for this? In our opinion, Comey was looking for job security by implicitly threatening a sitting President with a salacious, unverified dossier. It’s no wonder NY Post writer Michael Goodwin refers to Comey as J. Edgar Comey.

NSA head Admiral Michael Rogers wasn’t having any of this. On Nov. 17, 2016, he met with the President-elect at Trump Tower to explain that an NSA audit had revealed that DOJ got a FISA court warrant to spy on Trump. The next day Trump’s transition team was moved to alternate offices at a Trump golf property in Bedminster, New Jersey.

On March 4, 2017, Trump tweeted that Obama had his phones tapped and was laughed at by the media, but we now know Trump was correct.

It has been widely alleged that James Clapper, director of National Intelligence, and CIA head John Brennan, then asked Obama to fire Rogers, but Obama knew it was too late to do so.

Once Clinton lost and Trump won, the numerous conspirators went into overdrive damage control mode—endeavoring to indict president-elect and later President Trump as a Russian collaborator, when there is no question that narrative is entirely false.

And yet, despite the vast power of the federal government, the conspirators could not have pulled it off without a deeply complicit, and deeply biased, media. They published the fake news, the New York Times leading the way with false headlines like: “Trump Campaign Aides Had Repeated Contacts with Russian Intelligence.”

But it’s worse than just a deeply biased media. Allegedly the media were bribed by Fusion GPS. Reporters are alleged to have taken cash to run with the fake Trump–Russia story. Filed court documents from November 2017 confirm that Fusion GPS made payments to three journalists between June 2016 and February 2017. The recipients’ names and the amounts paid were redacted from the documents that Fusion GPS filed with the U.S. District Court for the District of Columbia or were not disclosed.

Buzzfeed published the phony dossier without making any effort to verify its contents and mainstream media outlets—the New York Times, Washington Post, CNBC, and CNN, among others—ran with the fake Trump-Russia collusion story. They disrupted an administration and have sought to undermine a sitting U.S. President with a phony charge.  To this day, we see virtually no coverage of the only real story—the twin deep state plot to falsely exonerate Clinton and falsely accuse Trump.

Still, Trump would be well advised to proceed with caution. Like other presidents, he should refuse to meet with a special prosecutor. While his instincts understandably are to meet with Mueller given that no collusion took place, no good can come of the meeting. Mueller’s investigation is a total sham and the President should treat it as such. Mueller should be put to the test—let him indict whoever he has evidence to indict and then pack his bags.

Trump’s victory in the face of this broad-based conspiracy, relying, as it did, on the vast powers of the federal government, make it one of the greatest political achievements of the modern era. The deep state conspiracy to falsely exonerate Clinton and falsely indict Trump is Barack Obama’s legacy—the greatest scandal in the history of American politics.

Stephen B. Meister is a founding partner of Meister, Seelig & Fein, LLP, a law firm headquartered in NYC, published author and opinion writer; opinions expressed are his own. Twitter: @StephenMeister.