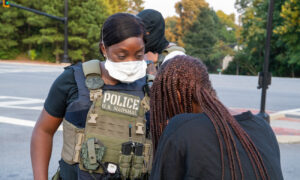 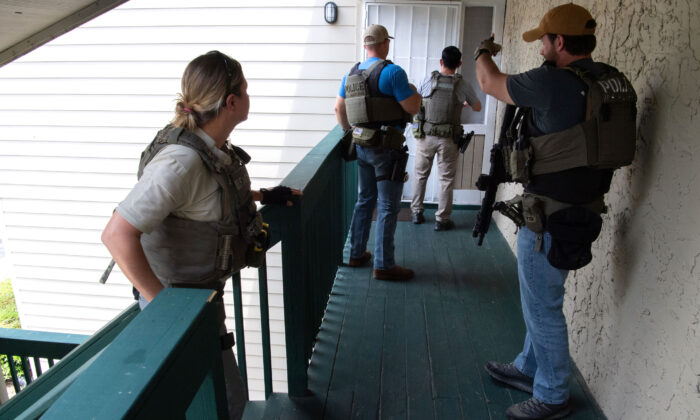 The Department of Justice (DOJ) announced that U.S. Marshals recovered 27 missing children in Virginia following a five-day-long operation in the state.

The move, called “Operation Find Our Children,” also located six more children that were previously reported as missing but were actually in the custody of their legal guardian, according to the agency.

“The Department of Justice is dedicated to protecting the most vulnerable children in our society and ‘Operation Find Our Children’ does just that,” said Deputy Attorney General Jeffrey A. Rosen in a news release. “While this Virginia operation is the most recent recovery of endangered and missing children led by the U.S. Marshals Service this year, we have also recovered more than 440 kids in Georgia, Ohio, Indiana, Louisiana, and other states. Because of this initiative, the recovered children are now out of harm’s way.”

The DOJ noted that the U.S. Marshals are leading the way in a U.S.-wide effort to rescue and find missing or exploited children while aiding in the prevention of human trafficking.

During one recovery in the Roanoke, Virginia, area, a missing 16-year-old girl was found with two men who were then arrested, officials told a local news outlet. Drug trafficking evidence was found, and one of the suspects—a convicted felon—had a pistol in his possession.

A 14-year-old girl was also rescued in southwestern Virginia after she was reported missing by her family, authorities told the station. It was discovered that she was a victim of human trafficking before she was returned to her family.

“The U.S. Marshals Service has a legendary history of finding fugitives and bringing them to justice,” said Thomas L. Foster, United States Marshal for the Western District of Virginia. “Because of this specialized skill set, finding missing children is a natural extension of the Marshal’s mission. Although many of the 33 recoveries occurred in Virginia’s larger population centers, seven occurred in the Western District of Virginia to include Roanoke and Abingdon. This operation brought missing and exploited children to a place of safety and those who made the decision to prey upon them to justice. We will find you.”

In another recent operation, dozens of children were located in West Virginia and in Ohio as part of a U.S. Marshals operation along with local law enforcement agencies.

Earlier this month, Donald Washington, the head of the U.S. Marshals Service, told Fox News that some  1,300 missing children have been found by the agency since 2016.

“These are kids that are in particular danger as a result of either being victims of violent crime or because of who they are. For example, some of them may be in the middle of gang affiliations or in the midst of drug abusers or in the middle of some bad situations involving people who have violent tendencies and things of that sort,” he said.