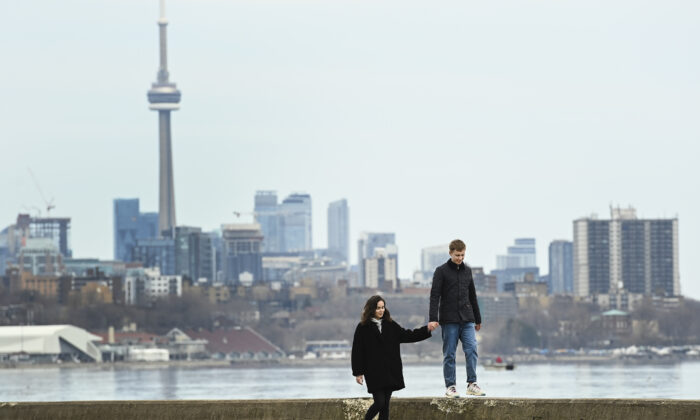 Record Number of Ontarians Move out of the Province, While BC Sees Biggest Inflow in 30 Years

Between April and June of this year, the number of Ontario residents who chose to move to other regions was higher than at any time in the past four decades, Statistics Canada says.

According to the federal agency, over 37,000 Ontarians left the province in the second quarter of 2021, the most since the early 1980s. Even with roughly 25,000 people moving into the province, Ontario had a net loss of roughly 12,000 residents.

In the same period, Alberta had the second-highest net outflow of over 5,000 people. Over 29,000 residents left the province while nearly 24,000 moved in.

Although Statistics Canada did not include data on the destination of those who left the province in its quarterly report, annual data in a separate report showed that of the 85,000 people who left Ontario between 2020 and 2021, British Columbia absorbed the majority, with roughly 21,000 relocating to the west coast.

B.C. has seen the largest population inflow in nearly 30 years, adding close to 32,000 new residents, a scale the province has not seen since the third quarter of 1992.

A significant number of Ontario residents moved to Alberta and Quebec, each attracting over 16,000 newcomers.

The Maritime provinces were also popular destinations for those leaving Ontario in the past year, with roughly 10,000 moving to Nova Scotia, 6,100 to New Brunswick, and 2,300 to Prince Edward Island.

“It appears that much of the country is experiencing an affordability crisis, including small towns, rural communities, and cottage countries. This has left many young Canadians and first-time homebuyers sitting on the sidelines, unable to acquire a residential property, even in remote markets far from urban hubs,” Re/Max said in a recent article on its website.

“The global health crisis also served as an opportunity for urban dwellers, flush with enormous equity, to leave behind these metropolises for suburban life.”

However, this has pushed up home prices in suburban areas.

“Out-of-province and out-of-town buyers are elevating the price of these once-affordable homes by outbidding others by remarkable levels,” the article said, adding that while growth in economically prosperous provinces such as B.C. is to be expected, the growth in Atlantic Canada has been noteworthy.

“The Maritimes enjoyed the biggest population boom in decades,” it said.

“The eastern seaboard has not witnessed this type of population growth since 1961, and the regional economy—including the housing sector—is beginning to respond to these trends.”

Re/Max warns about the potential impacts on Canada’s already low housing inventory in light of the 1.2 million immigrants that the federal government has promised to bring into the country over the next three years.

“With this inflow, there will be fresh demand for already-low housing inventories. Where will these immigrants be concentrated? Likely destinations will be Ontario and British Columbia, but with the incredible economic revitalization transpiring in Atlantic Canada, cities such as Halifax and Fredericton could be new potential hot-spots for planting roots and accessing economic opportunities,” the organization said.