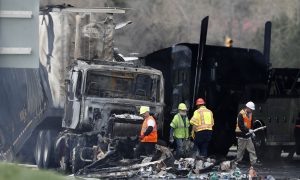 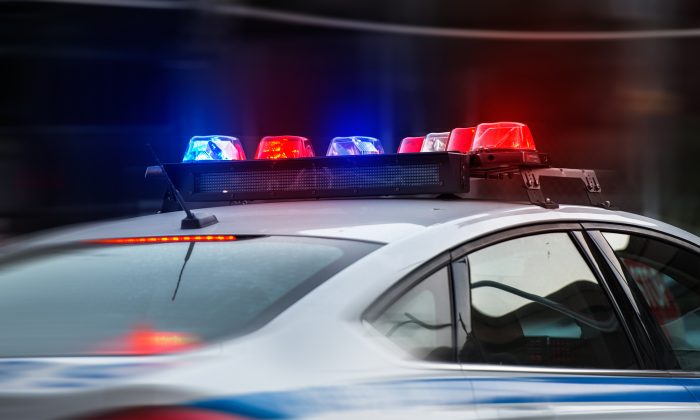 One Dead, Several Injured After Fiery Crash in Southeastern Alberta

CEREAL, AB—One person is dead and others have been injured in a fiery crash that forced the closure of Highway 9 about 300 kilometres east of Calgary.

The Alberta government ordered the evacuation of the hamlet of Chinook due to the Tuesday afternoon collision, but later cancelled the order.

UPDATE for the Hamlet of Chinook (AUG 20, 9pm): the evacuation has ended. #abemeg https://t.co/NX3wwpgOyG

RCMP said seven passenger vehicles and three trucks were involved in the crash that happened on the highway near Range Road 72 between Chinook and Cereal.

Two of the more seriously injured were flown to hospital and others were transported by ground ambulance.

The fire was extinguished at about 8 p.m. local time, Mounties said, and a collision analyst was on scene to conduct an investigation.

“There will be a further delay while vehicles are towed and the highway is cleaned,” RCMP said in a news release Tuesday night.

“It is anticipated that the road will remain impassable until early tomorrow morning.”

Two of the more seriously injured were flown to hospital and others were transported by ground ambulance.

RCMP said there is no confirmed information available on the number of dead and injured.

Police were seeking witnesses who saw or were involved in the crash.

EMS spokesman Stuart Brideaux said the highway was impassable for emergency crews due to the number of vehicles involved.

RCMP were asking motorists to avoid the area.