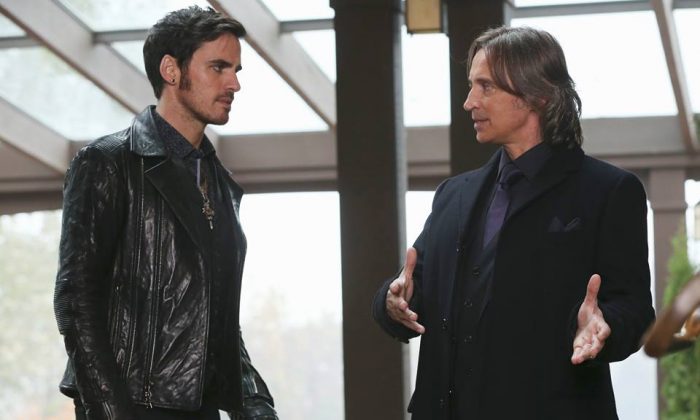 Once Upon a Time Schedule: Air Date, Time for Next Episode After Midseason Break (+Plot Preview)

Once Upon a Time season 4 is set to take a break after episode 11 on December 14.

The episode, titled Heroes and Villains, will wrap up the Arendelle storyline and also introduce the events for the second half of the season.

Three new villains will be introduced in episode 11–Ursula, Cruella De Vil, and Maleficent. The latter was on the show before but the first two are completely new.

“It’s ‘Heroes vs. Villains’ and the villains are definitely starting to outnumber the heroes at this stage,” Lana Parilla (Regina) told Access Hollywood.

The three new villains are referred to as The Queens of Darkness.

“They’re a lot of fun, these three women – one, who we’ve seen before, and Ursula and Cruella. What you’re basically going to see is who they are and what do they want and how do our worlds sort of collide,” she said.

“Regina has a history with these three women, so it’ll be fun to see how they cross paths and what unfolds in that story, learning about how they met and how they sort of reunite in present time, so you’ll see a lot of that in this second half of the season.”

The second half of the season will also see Regina continue her quest to find the author of the book, while Robin Hood must choose once and for all between her and Maid Marian.

There could also be a big pregnancy for one of the leading women on the show.

Sources told TVLine that “an established program is planning to impregnate its leading lady (the character, not the actress!) early in the new year — and it’s safe to say no one will see the baby twist coming.”

“Fans of the couple will likely have a mixed reaction, with some complaining it’s way too soon for such a development, and others cheering the inevitable next step — marriage,” it added.