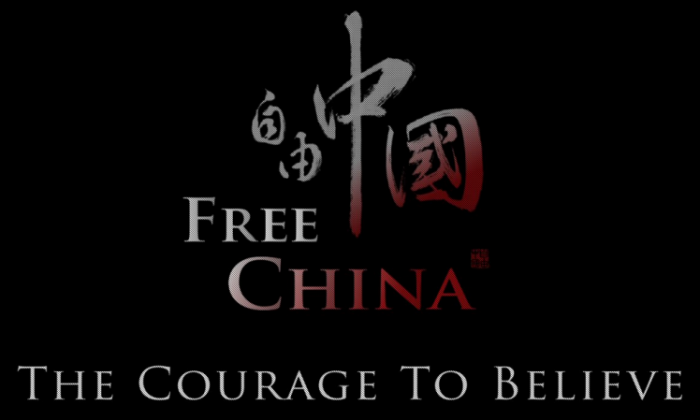 An opening shot in the film "Free China: The Courage to Believe." This film was scheduled to be shown on Aug. 27 in Hamburg, but the event was canceled due to pressure from the Chinese Consulate, according to one of the organizers, the International Society for Human Rights. (FreeChinaMovie.com)
China

LOS ANGELES—A documentary film about modern China that is both horrifying and deeply inspirational moved audience members to tears on Tuesday evening.

It’s called Free China: The Courage to Believe, directed by Michael Perlman. The film was screened for a special VIP audience in Los Angeles in memory of June 4, 1989. This week marks the 25th anniversary of the Tiananmen Square Massacre in China.

“I felt that this film was so moving and very inspirational,” said audience member Michaela Blanks, an actress and model. She said the film brought her to tears. “I’m going to share this with all my friends, family, everyone at school. I was so moved by this film. I just want to help.”

The film follows the story of two people who were imprisoned and tortured in China for their beliefs in Falun Gong, an ancient Chinese spiritual practice. Its principles are truthfulness, compassion, and tolerance.

One woman tells of how labor camp guards shocked her with electric batons until she lost consciousness. Even more painful for her, they separated her from her family.

The other says a tube was painfully forced down his throat because he went on a hunger strike. Guards had been forcing him to make Homer Simpson slippers for export.

“It was such an eye-opener for me to see that this kind of thing was happening in China, because I had no idea,” said Terita Malone, owner of TMJ Models.

Fearing of Falun Gong’s growing popularity, in 1999 the Chinese regime began a brutal campaign—arresting, torturing, and even killing people for practicing it.

But people continued to practice, and now Falun Gong is popular around the world.

Since Free China’s theatrical release in 2013, its filmmakers have continued to work hard to bring worldwide attention to this and other human rights issues in China. They plan to post the complete Free China movie online with subtitles for people in China to watch.

Producer Kean Wong was living in Australia when the Tiananmen Square Massacre happened 25 years ago.

“I was a student, and I remember the tanks rolling in, and we all felt helpless,” said Wong. “But now I think with technology and the way the world is evolving, we feel like there is hope for freedom in China.”

Many audience members said they felt a responsibility to act now.

“This is something that needs to be handled immediately, instantly,” said Jim Decicco, CEO at Fast Forward Entertainment. “It’s so outrageous. That’s the feeling, the feeling of urgency.”

Dolly Shukla, CEO of The Savvy Traveler, said, “Certainly our job is to let the world know what is going on, and how so many people long and yearn to improve their country that they’re living in, the liberties we take for granted, and how we can do something about it.”

Filmmakers and supporters of Free China have held over 700 private screenings around the world. It is also the winner of several film festival awards.

For people who want to learn more about or help promote the movie, filmmakers have launched a “Kickstarter” style campaign at www.HelpFreeChina.com.