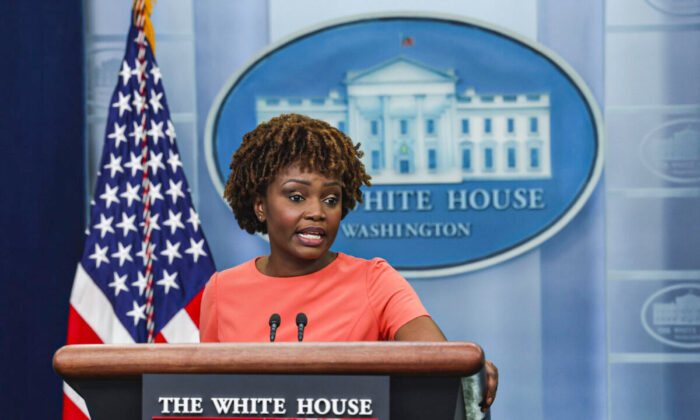 On Economics, the White House Is Gaslighting

The latest polls show that 83 percent of the public believes that the economy is performing poorly or not so good. The top problem is of course inflation running at 8.4 percent officially but real-time data clocks it closer to 12 percent, and transportation at 22.4 percent.

The flip side of rising prices is declining purchasing power of wages, salaries, and savings. It’s not a minor annoyance: it feels like a surreptitious form of taxation because that’s precisely what it is. It’s a method of financing debt that has been chosen by government and its central bank.

The Biden administration attempted for months to say it was transitory, then to blame big business, then to pin it all on Putin. None of that worked. People have only gotten angrier especially at gas prices and how they have affected family finance and summer travel plans.

The latest move from the White House seems like a strange one but maybe it is all they have. They have adopted a full gaslighting strategy. “Today, thanks to the economic plan and the vaccination plan that my Administration put into action,” wrote Biden on Twitter, “America has achieved the most robust recovery in modern history.”

White House Press Secretary Karine Jean-Pierre echoed the thought: “What I’m trying to say to you, is that the economy is in a better place than it has been historically.”

Odd sentence. The claim seems to be that if there was ever an absolutely catastrophic economic moment in U.S. history, a time when everything was utterly falling apart at once, a moment when utter disaster was present at every moment—think of war, deep depression, hair-on-fire financial crises, or a covid lockdown that closed everything—we are today better off than that.

Why are you complaining?

Loyal press hounds at venues like Vox seem to back up the claim. “There’s this nagging sentiment that we’re in a precarious spot,” writes Emily Stewart, “that there’s some economic boogeyman lurking just around the corner. This sense of dread is so pervasive that it might surprise you to hear that many aspects of the U.S. economy are generally in good shape right now.”

The article proceeds to recite any bit of data possible to illustrate the core claim of the piece: this is mostly just a mental disorder. The economy is not bad; you just have “bad vibes.”

All of this White House propaganda is feeding a theory that I hear every day, namely that none of this is an accident. It is a “controlled demolition” enacted by a sadistic state led by wokesters who not only do not care about the fate of the bourgeoisie; they actively hate American prosperity and want to end it. It’s a stretch and I always resist such presumption of malevolence and conspiracy when other explanations are readily at hand.

And yet, the Biden administration’s response to soaring energy prices does not give comfort. Every day they lecture us about the evils of fossil fuels and coal and celebrate the glories of “renewables” that currently account for a mere 12 percent of American energy consumption. Instead of deregulation, tax cuts, and apologies for closing pipelines, we have the administration pushing more solar panels and bragging how these will be great for addressing climate change.

Sometimes administration messaging slips to speak of the upside of high energy prices: it speeds the transition to new forms of economic structures. “The critical thing is we become more dependent on the wind and the sun,” said Biden Treasury Secretary Janet Yellen in a Senate hearing. If that’s true, it’s not just a form of central planning at work here, picking winners and losers in the marketplace.

The philosophical roots of this agenda are deeper and more millenarian. They seem to have accepted some form of the ancient-world philosophizing of the Prophet Mani, who opposed material production and consumption as forces of darkness and salvation only letting nature take its course. The wind and sun get a pass but fossil fuels represent only evil.

So instead of gaslighting, we should perhaps call this greenlighting.

Of course this vision of deprivation and poverty for everyone but the elites is nowhere accepted by the American people. Everyone seems to intuit that it can only lead to disaster. The glorious green-energy future they promise us, if it is even possible or desirable, is decades away, while we are all being fleeced right now.

That’s a serious problem for the Biden administration and the Democrats, so President Biden has been doing his best to brag about whatever accomplishments he can dig up.

“Let me remind you again: I reduced the federal deficit,” Biden said in a speech last month. “All the talk about the deficit from my Republican friends, I love it. I’ve reduced it $350 billion in my first year in office. And we’re on track to reduce it, by the end of September, by another 1 trillion, 500 billion dollars—the largest drop ever.”

Sounds impressive. By now, you know better than to believe it. Or rather, there is more to the story, which is summed up in this picture of the deficit as it currently stands. As you can see the current deficit is worse than it has ever been but for the one previous year when the entire country was locked down, Congress threw around money as never before, and tax revenue dried up. Apart from that year, Biden is running record deficits.

But you can see how this fits with the new White House line: so long as they can say that at some point in human history, things have been worse, they are doing pretty well! This is “deficit reduction” in the same way that bailing a few pails of water on a sinking ship is making progress.

A closer look at the effect on overall fiscal health looks even worse. Keep in mind that the deficit is the annual change in the debt, while the debt is the overrun of spending relative to revenue.

Here we see a clearer picture of the devastating effect of lockdowns and lockdown spending but the Biden administration’s utter unwillingness to do anything about it. Spending today is higher than pre-pandemic levels while the federal debt gets worse. The orange line is spending while the red line is debt.

A national debt of $30.5 trillion is a disaster, especially given that it constitutes 124.6 percent of GDP and rising. The debt will be paid one way or another: taxes or inflation. The Biden plan seems to be to give both to us good and hard. Meanwhile, the burden of public debt service is crowding out private investment.

The only other option would be wholesale default, a path that once seemed completely unthinkable but which now seems possible. After all, we do seem to have entered a new phase of postmodern politics: reality is what they say it is and everything else is illusion—or possible sedition.