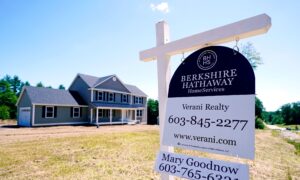 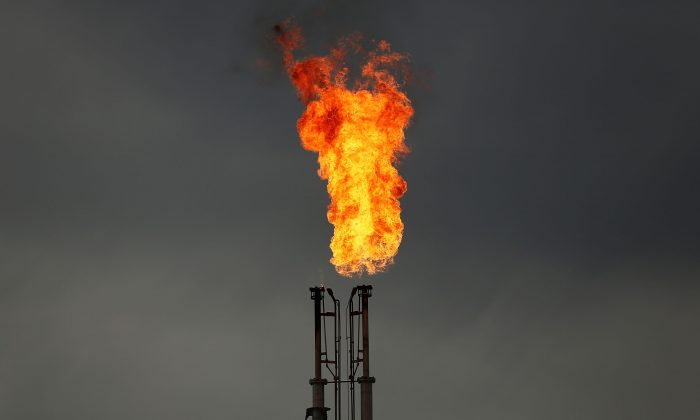 Natural gas is flared off at a plant outside of the town of Cuero, Texas. (Spencer Platt/Getty Images)
Markets

Both crude benchmarks are down more than 30 percent since early October, depressed by an emerging supply overhang and widespread financial market weakness.

“Oil prices have come under pressure in tandem with weakness in equities,” said Abhishek Kumar, senior energy analyst at Interfax Energy in London. “The Brent crude front-month futures price falling below the $60 a barrel key technical support level has further exacerbated selling in the oil complex.”

Leaders of the Group of 20 nations (G20), the world’s biggest economies, will meet on Nov. 30 and Dec. 1, with the trade war between Washington and Beijing atop the agenda.

The top three crude producers, Russia, the United States, and Saudi Arabia, will all be at the summit, raising expectations that oil policy will be discussed.

The Organization of the Petroleum Exporting Countries will meet on Dec. 6 in Vienna to discuss output policy with some non-OPEC producers, including Russia.

But the kingdom has been pushing for a collective production cut and is discussing a proposal to curb output by OPEC and its allies as much as 1.4 million bpd, sources close to the discussions told Reuters this month.

“We feel that the Saudis will attempt to try to tread a fine line between placating Trump and driving some production decisions capable of halting the dramatic price plunge of the past couple of months,” Jim Ritterbusch, president of Ritterbusch and Associates, said in a note.