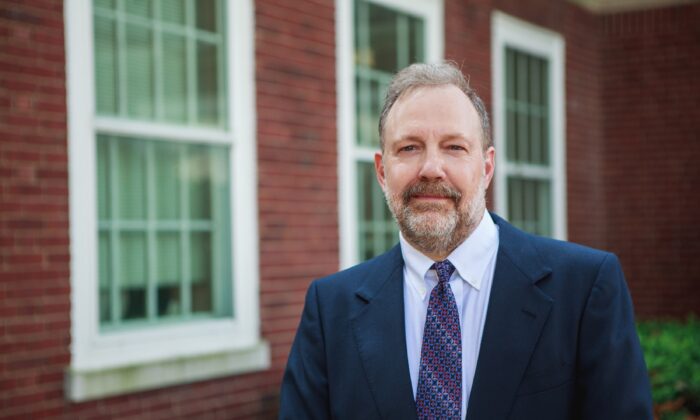 A public university in Ohio has agreed to pay $400,000 to end a three-year legal battle in its failed attempt to force a philosophy professor to call students by their preferred pronouns.

As part of the agreement (pdf) announced Thursday, Shawnee State University will pay $400,000 in damages and attorney’s fees to settle the federal lawsuit with Nicholas Meriwether, a professor at its humanities department.

In addition, the university acknowledges Meriwether’s right to choose when to use, or avoid using, titles or pronouns when referring to or addressing students, and pledges to never force him to use anyone’s preferred pronouns, including when a student requests pronouns that don’t align with his or her biological sex.

The case stemmed from a 2018 incident in which Meriwether responded to a student’s question with “yes, sir” during a lecture. The student told Meriwether after class that he identifies as a woman and demanded to be referred to as a woman, with feminine titles and pronouns. Meriwether proposed to simply refer to him by a first or last name only, but the student wasn’t satisfied and complained to university officials.

The complaint led to a formal investigation, which found Meriwether “created a hostile environment” for the student. Shawnee State officials then placed a written warning in the professor’s file, demanding he change the way he addresses transgender students to avoid being fired or suspended without pay.

Meriwether, represented by conservative Christian legal group Alliance Defending Freedom (ADF), sued the Shawnee State for First and Fourteenth Amendment violations. A district court dismissed the case, but the U.S. Court of Appeals for the 6th Circuit overturned the dismissal, ruling that the professor’s free-speech claims are plausible and should proceed.

“[Shawnee State University] punished a professor for his speech on a hotly contested issue. And it did so despite the constitutional protections afforded by the First Amendment,” a panel of three circuit judges wrote in their unanimous opinion (pdf). “The district court dismissed the professor’s free-speech and free-exercise claims. We see things differently and reverse.”

In light of the 6th Circuit ruling, the university didn’t seek to bring the case to the U.S. Supreme Court, choosing instead a settlement. The ADF described the outcome as a victory.

“This case forced us to defend what used to be a common belief—that nobody should be forced to contradict their core beliefs just to keep their job,” ADF Senior Counsel Travis Barham said in a statement. “Dr. Meriwether went out of his way to accommodate his students and treat them all with dignity and respect, yet his university punished him because he wouldn’t endorse an ideology that he believes is false.

“We’re pleased to see the university recognize that the First Amendment guarantees Dr. Meriwether—and every other American—the right to speak and act in a manner consistent with one’s faith and convictions,” Barham said.