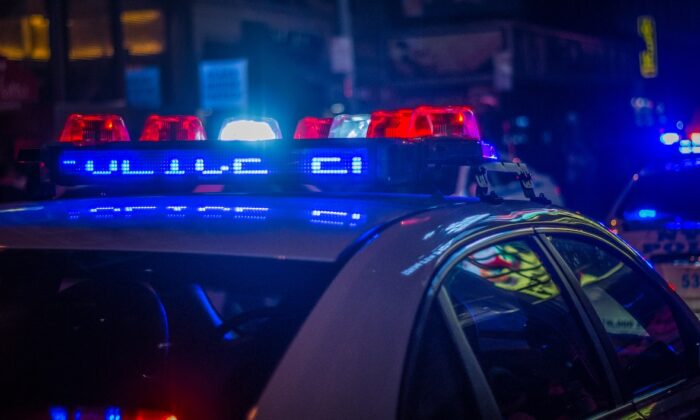 The Columbus Division of Police in Ohio has recovered two missing children during an operation focusing on the Linden neighborhood, officials said on Thursday.

“On Wednesday, December 29, 2021, in response to violent crime trends, the Columbus Division of Police completed the third ‘Operation Unity,'” police said in a statement.

Police officials worked strategic operations in the area from 10:00 A.M. on Wednesday until 4:00 A.M. on Thursday, with the goal of removing violent felons, firearms, and narcotics from the streets of the neighborhood in northeastern Columbus, and its surrounding areas.

Officials said that Operation Unity had resulted in the apprehension of 20 felony suspects, the recovery of 4 stolen vehicles, 17 illegal firearms, and the seizure of 26.2 grams of Cocaine, 176 pills, 5 pounds of illegal marijuana, and $15,237 in currency.

Two missing children were also recovered by officials, who did not identify the individuals or provide further details.

The Epoch Times has contacted Columbus Police for comment.

“During Operation Unity, while the Columbus Police Mounted Unit engaged area residents at local parks, the unit also safely recovered a loaded gun that had been left in the grass,” police said.

In addition to arrests made during the third operation, police also conducted a week-long operation in an effort to reduce celebratory gunfire.

Officials said wraparound services, a community-based process that supports youth or children and their families, will be provided to the community through the Columbus CARE Coalition.

According to FBI data from September, murders rose by 29.4 percent in the United States last year compared to 2019, representing one of the largest single-year increases ever. The federal law enforcement agency’s data showed that 21,570 homicides were reported in 2020, which is 4,901 more than in 2019.

Meanwhile, the overall violent crime rate, including murders, assault, rape, and robbery, rose by roughly 5 percent, while property crimes decreased by 8 percent in 2020, as per the data.

In Ohio, there were 36,104 violent crimes reported in 2020, while the state’s violent crime rate increased by 5.3 percent, according to data from The Center Square, formerly Watchdog.org.

Both the Toledo and Cleveland metropolitan areas in the state had violent crime rates that eclipsed the national average, with 486 incidents and 441 incidents for every 100,000 residents respectively, as per the data.

Last month, Ohio Gov. Mike DeWine and Ohio State Highway Patrol (OSHP) superintendent Col. Richard Fambro announced that every trooper working on the roads will be equipped with a body camera by May 2022 in an effort to help “keep them safe and the public safe.”