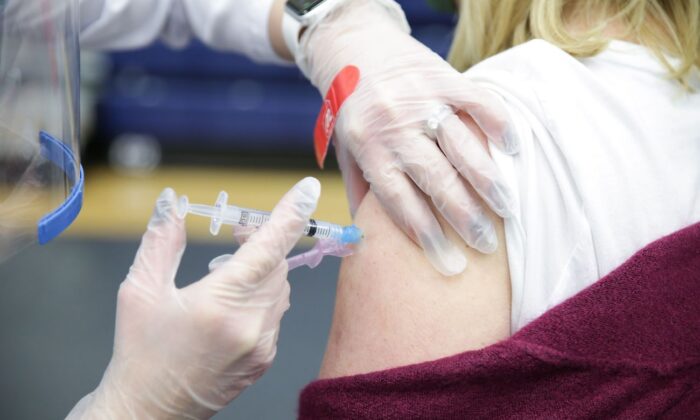 Ohio lawmakers approved a bill that would ban public schools and universities from requiring students and staff to receive any COVID-19 vaccine that hasn’t received full approval from the Food and Drug Administration (FDA).

House Bill 244, approved on Monday, would also prohibit the institutions from discriminating against an individual who has not received a vaccine for COVID-19, the disease caused by the CCP (Chinese Communist Party) virus.

Such forms of discrimination would include requiring a person to participate in activities that are different from what a vaccinated person would be required to participate in, according to the bill text (pdf).

“The simple fact is that decision needs to be decided by their parents and by their family,” said state Senate President Matt Huffman, a Republican, arguing that young adults aren’t as severely impacted by the virus as others.

State Sen. Andrew Brenner, a Republican, argued that college students should be able to independently make the decision.

The legislation now heads to Gov. Mike DeWine’s desk. According to NBC4, DeWine has declined to comment on whether he would veto or sign the bill.

“This is a happy day today, so we’re not going to talk about unhappy things or anything else,” the Republican governor said at a separate bill signing.