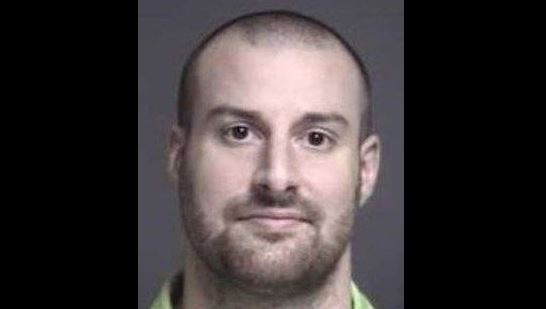 A father in Ohio has been accused of assaulting his three-month-old daughter in Warren County.

They said Bittner was disappointed that his newborn baby was a girl and not a boy.

“He was frankly resentful of that fact and also was very intolerant of the fact that she fussed,” prosecutor David Fornshell said.

Bittner owns Bittner Chiropractic in West Chester along with his wife.

“Getting people out of pain is easy. The real challenge is getting people healthy,” Bittner wrote on his website.

“You see, permanent health change can only come from permanent lifestyle change. And the truth is, time and health are two resources that once they’re exhausted, we just can’t get them back. This is why I do what I do.”

WSMV News 4
On his website, Bittner says he had two daughters with his wife.

Bittner was arrested at his office last week.

Doctors said that the 3-month-old baby was found with traumatic brain injuries and 28 rib fractures.

Her injuries were “inconsistent with an explanation that this was some type of accident,” Fornshell said.

“There’s going to be a lot of people that either are patients of Mr. Bittner, or go to church with him, or friends or neighbors who are going to believe this is just some type of accident,” Fornshell said, reported WLWT.

“As the evidence in this case comes out, I think there’s going to be a lot of people that may not have known Mr. Bittner as well as they thought they did.”

According to court documents, Mason police said Jason Bittner was home alone with his three month old daughter and two-year-old daughter when his wife left for work on Feb 26 & he left his newborn in a baby bouncer that did not have a harness restraint or safety gear activated

She was treated by doctors at Cincinnati Children’s Hospital, who later released her.

Bittner was scheduled to be arraigned on Wednesday, March 21.