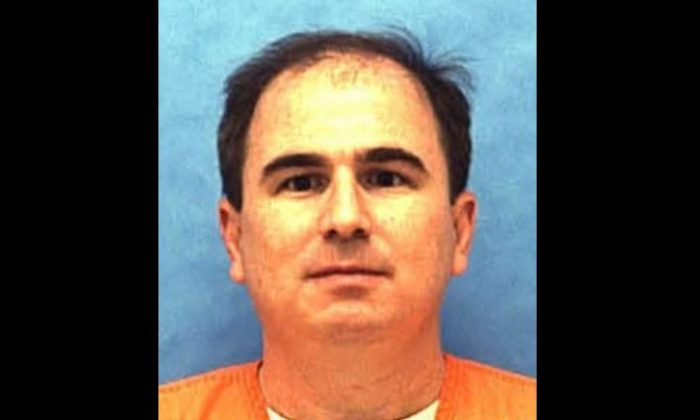 Officials said that the drugs injected into a murderer to execute him weren’t responsible for a chilling scream he let out just before he died.

Eric Branch, who was convicted of raping and killing a Florida college student, was put to death in Starke on Thursday.

The murder happened in 1993 after Branch was mistakenly released from a work-release facility before the completion of a sentence for forgery, theft, and sexual battery.

Officials said later Thursday that the drugs were not believed to be responsible for the chilling scream.

Department of Corrections spokeswoman Michelle Glady said afterward that “there was no indication” that Branch’s scream was caused by the execution drugs, reported the Associated Press, and that the conclusion was confirmed by the Florida Department of Law Enforcement.

A Florida inmate screamed and thrashed on the gurney as he was being executed for the rape and murder of a college student. https://t.co/uWAbqFn58H

Branch was visited by his daughter before his execution.

Branch was on death row for 25 years.

Before the execution, Branch used his last words to make a political statement.

“My last statement is for you guys,” he said, directing his attention to the team warden and two other officials standing beside him in the execution chamber, reported the Pensacola News-Journal.

“I ask you to step out of line of duty and not participate in this. The governor wishes to be senator, and Pam Bondi wishes to be governor. Let them come down here and do it. I’ve learned that you are good people and this is not what you should be doing.” Bondi is the Florida Attorney General.

The anonymous executioner was paid $150 for administering the drugs.

Relatives of Hill, the victim, were among those who watched the execution.