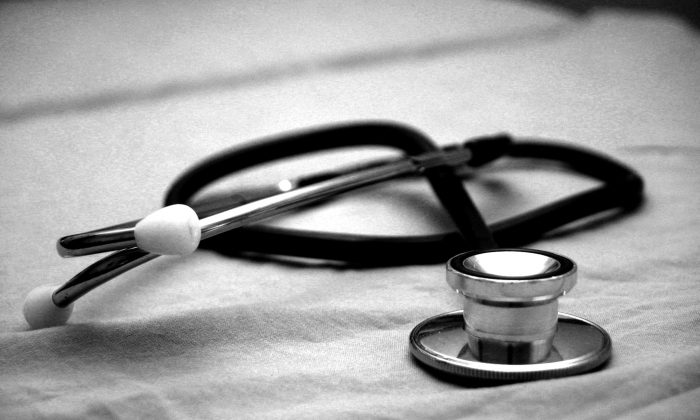 Majority of cases reported in Europe
By Gabrielle Stephenson

Around 200 cases of mysterious acute hepatitis—sudden-onset liver disease of unknown origin—in children have been confirmed in recent months across over a dozen countries around the world. Similar such cases have also in recent days been reported in Canada and Japan.

These cases of hepatitis involve children aged 1 month to 16 years old, many of whom suddenly developed gastrointestinal symptoms including abdominal pain, diarrhea, and vomiting, before coming down with jaundice (yellowing of the skin and eyes), and severe acute hepatitis, the World Health Organization (WHO) said on April 23. Most of the cases did not have a fever. WHO also noted that none of the cases had any of the five common hepatitis viruses—A, B, C, D and E.

Most Cases in Europe

Andrea Ammon, the director of the European Centre for Disease Prevention and Control (ECDC), told reporters in a virtual briefing on April 26 that at least 190 cases of unexplained acute hepatitis in children have been reported around the world, with 140 of them in Europe. Most of the European cases—at least 110—come from the United Kingdom, mostly in children under 10 years old.

“So far there is no connection between the cases and no association to travel,” Ammon noted, adding that the disease has been appearing in previously healthy children.

The first UK cases were recorded in January. Cases have been reported in the UK, Spain, Israel, the United States, Denmark, Ireland, the Netherlands, Italy, Norway, France, Romania, and Belgium, the WHO noted. At least one child has died, and 17 children have required liver transplants after they contracted acute hepatitis, according to the agency.

In the United States, the Alabama Department of Public Health announced on April 15 that it has been investigating “an increase in hepatitis in young children” since November 2021. The Centers for Disease Control and Prevention (CDC) in a nationwide alert on April 21 reported a cluster of nine cases of the mysterious acute hepatitis in children who were admitted to the hospital from October 2021 through February 2022. Two other similar cases have been identified in North Carolina, health department officials told local media.

More recently, Canada’s Public Health Agency told the Canadian Broadcasting Corporation (CBC) on April 26 that it is “aware of reports of severe acute hepatitis of unknown origin in young children in Canada.” The department said the cases are being investigated further to see whether they are related to cases in the UK and the United States.

Adenovirus, a viral infection that usually causes the common cold, has been detected in over 40 percent of the reported cases to-date, and is being investigated as a possible cause behind the acute hepatitis.

The UK Health Security Agency (UKHSA) said on April 25 that adenovirus was detected in 75 percent of the confirmed cases—or 40 of 53 cases.

“Information gathered through our investigations increasingly suggests that this rise in sudden onset hepatitis in children is linked to adenovirus infection,” said Meera Chand, director of clinical and emerging infections at UKHSA. “However, we are thoroughly investigating other potential causes.”

UKHSA said on April 25 there may be “a cofactor causing a normal adenovirus to produce a more severe clinical presentation in young children.” The presentation could be an “increased susceptibility due to reduced exposure during the pandemic, prior SARS-CoV-2 or other infection, or a yet undiscovered coinfection or toxin.”

“Alternatively, there may have been emergence of a novel adenovirus strain with altered characteristics,” UKHSA said.

The CDC had noted that five of the children in the cluster of nine cases in Alabama had adenovirus type 41, which more commonly causes pediatric acute gastroenteritis, a condition that typically involves diarrhea, vomiting, and fever.

UK public health officials have previously ruled out any potential links to COVID-19 vaccines, saying none of the affected children with acute hepatitis were vaccinated.

Meanwhile, the WHO said in its bulletin on April 23: “Hypotheses related to side effects from the COVID-19 vaccines are currently not supported as the vast majority of affected children did not receive COVID-19 vaccination. Other infectious and non-infectious explanations need to be excluded to fully assess and manage the risk.”