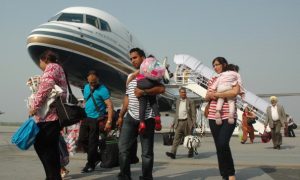 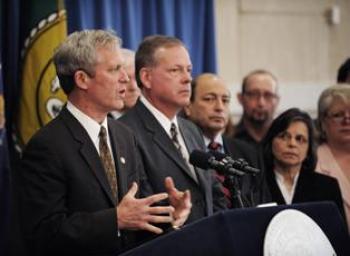 By Angela Wang
Print
Binghamton Mayor Matthew Ryan, Broome County DA Gerald Mollen, and Binghamton Police Chief Joseph Zikuski called on Congress to the ban large capacity ammunition magazines on the second anniversary of the Binghamton Massacre on Sunday. On April 3, 2009, Vietnamese immigrant Jimmy Voong carried a 30-round magazine, which he used to fire 99 shots at the American Civic Association in Binghamton, New York. Thirteen people were killed before the perpetrator shot himself to death, and most of the victims were immigrants learning English at the center. As part of the federal assault weapons ban, large capacity ammunition magazines were made illegal until the ban expired seven years ago.

“We can't fight the flow of illegal guns alone. We need our partners in Congress to pass the ban on large capacity ammunition magazines to help keep us all safe,” said Mayor Binghamton, according to a press release.