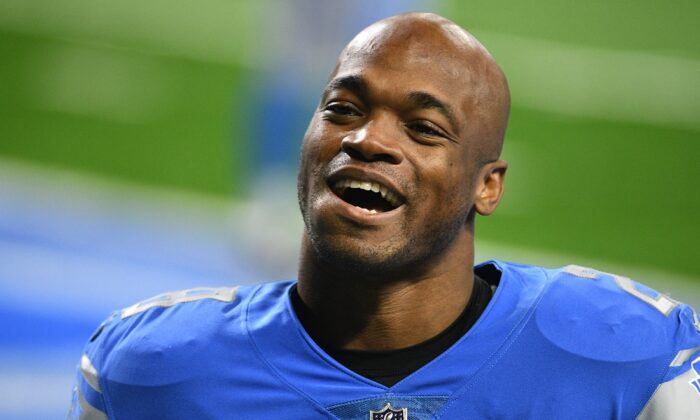 The Tennessee Titans made it official Tuesday with the signings of running backs Adrian Peterson and D’Onta Foreman to their practice squad.

The moves come in the aftermath of Derrick Henry’s broken foot. The league’s leading rusher is scheduled to have surgery Tuesday and is expected to miss 8 to 12 weeks.

Peterson agreed to terms Monday. He is expected to be elevated ahead of Sunday night’s game between the Titans (6–2) and the host Los Angeles Rams (7–1).

How much the seven-time Pro Bowler and former league MVP will play is up in the air.

“I can’t answer those questions until we practice,” Titans running backs coach Tony Dews said Tuesday. “If it’s carry 10-15 times or one time, I don’t know until we see what we got. My job is to teach him what we do, and then we’ll see what he can do.”

Peterson, 36, played in 16 games (10 starts) in 2020 for the Detroit Lions but has not suited up this season. He rushed for 604 yards with seven touchdowns for the Lions. He has 14,820 rushing yards for his career, fifth on the NFL’s all-time rushing list.

Foreman, 25, played in six games with the Titans in 2020. The former third-round pick has rushed for 421 yards and scored four touchdowns in 17 games (one start) with the Houston Texans (2017-18) and Titans.