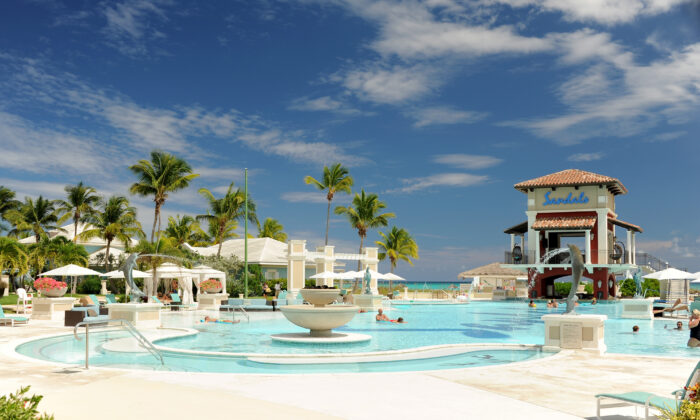 The three U.S. citizens found dead at the Sandals resort in the Bahamas in May died from carbon monoxide poisoning, according to the Royal Bahamas Police on Wednesday.

“We can officially confirm that all three of the victims died as a result of asphyxiation due to carbon monoxide poisoning,” the Royal Bahamas Police Force said in a statement to news outlets. “This matter remains under active investigation.”

The source of the carbon monoxide was not clear.

Michael Phillips, 68; Robbie Phillips, 65;  and Vincent Chiarella, 64; were found unresponsive at Sandals Emerald Bay in Great Exuma on May 6. Chiarella’s wife, Donnis, was hospitalized in critical condition and was reportedly discharged from a Miami-area hospital after several weeks. Her current health condition is not currently known.

“Despite initial speculation, Bahamian authorities have concluded that the cause was an isolated incident in one standalone structure that housed two individual guest rooms and was in no way linked to the resort’s air conditioning system, food, and beverage service, landscaping services, or foul play,” the Sandals resort said in a statement to news outlets in May.

Sandals, an exclusive resort, added that detectors for carbon monoxide—an odorless gas—have been installed in “all guest rooms at Sandals Emerald Bay and although not mandated in any Caribbean destination where we operate, detectors will be installed in all guest rooms throughout the portfolio.”

And the company recently told news outlets that it has “taken additional measures such as engaging environmental safety experts” to review its systems.

About a month ago, authorities in the Bahamas suspected that it was carbon monoxide poisoning that killed the three American tourists, although few details were provided and it was not officially confirmed. None of the three Americans showed any signs of trauma, according to the Royal Bahamian Police, which also ruled out foul play.

“There’s still some investigations ongoing at the Sandals resort. We also have the pathologists in-country who have done their job and samples were sent to a very reliable lab in the United States,” Dr. Michael Darville, the minister of health for the Bahamas, told Eyewitness News at the time.

Several days after their deaths were confirmed, the U.S. Department of State issued a statement that it is “closely monitoring” the situation.

“We can confirm the death of three U.S. citizens in the Bahamas. We are closely monitoring local authorities’ investigation into the cause of death. We stand ready to provide all appropriate consular assistance. Out of respect for the privacy of the families, we have nothing further to add at this time,” an agency spokesperson told media outlets at the time.

Sandals has not immediately responded to a request for comment.