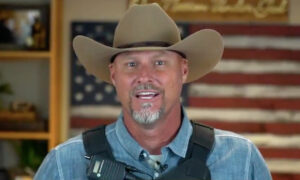 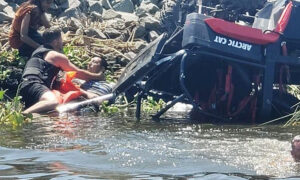 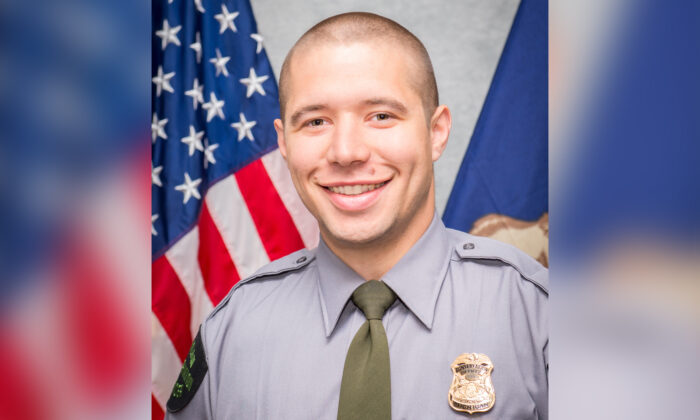 While out jogging, an off-duty Michigan conservation officer became an impromptu hero when he noticed smoke coming from a mobile home. The officer’s quick-witted response ended up saving an elderly disabled woman trapped inside as the structure was consumed by flames.

The officer’s colleagues at the Michigan Department of Natural Resources (DNR) are praising him for his lifesaving response.

Conservation officer Robert Slick was out jogging at Spring Lake, Ottawa County, in the early evening of Aug. 26 when he noticed the smoke, reports Click on Detroit. The trailer was located at Spring Lake’s Country Estates Mobile Home Park, and despite Slick being off duty, instincts kicked in.

Slick, an officer with the DNR Law Enforcement Division since 2015, was the first officer to respond at the scene of the fire. A crowd had gathered, and one bystander told Slick that they had already called 911.

The blaze consumed the front of the mobile home, and Slick approached with caution to check for the presence of any person or animal inside. As he did so, someone told him that an elderly woman was trapped inside. One of her neighbors was struggling to pry open the back door of the trailer.

With their combined efforts, they managed to breach the trailer and found the elderly occupant inside, conscious and cognizant. She had been unable to leave, however, as her walker had gotten jammed in the doorway to her laundry room.

The pair lifted her safely from her home before Slick carried her to a porch, a safe distance away from the burning trailer. He sat with her until medics arrived to assess her condition.

Gary Hagler, chief of the DNR Law Enforcement Division, praised both Officer Slick and the helpful neighbor on behalf of the entire department. “They risked their own lives to save another,” he said in a Michigan state press release. “A conservation officer is never truly off-duty and is trained to respond to situations like this.”

Slick and other fully commissioned state “peace officers” are employed to provide protection for the state’s natural resources, to protect residents by enforcing the law, and to provide lifesaving services when needs arise.

Some, like Slick, go above and beyond their duty, providing vital support to their communities even when they’re off the clock.

Michigan’s Department of Natural Resources is especially busy in the month of August, having lent resources to the ongoing wildfire relief effort in California. Sharing the news on Facebook on Aug. 25, the department explained, “Michigan DNR firefighters and off-road fire engines are headed out west to help fight wildfires that are ripping through California.

“This type of assistance can help Michigan’s fire crews get additional experience and skills used to fight fires back at home,” they added, before reassuring Michigan residents, “While this has been a relatively quiet fire season in the Great Lakes State, we still have plenty of firefighters on hand in case there is an emergency.”