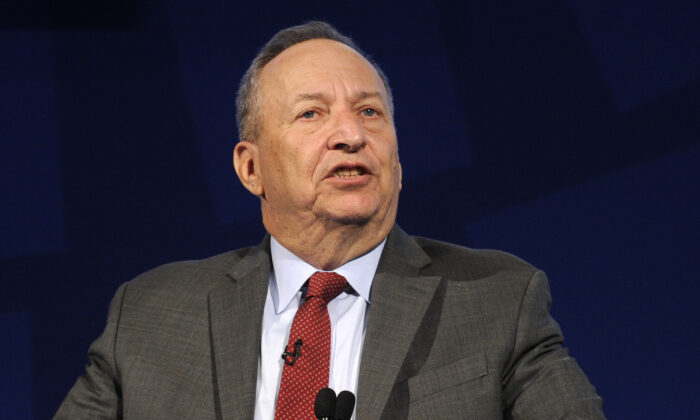 Obama Treasury Secretary: US at ‘Risk of Recession’ in the Next Year

Former Obama administration Treasury Secretary Larry Summers predicted the United States will enter an economic recession and suggested the possibility of yet higher gas prices than the country is currently seeing.

“I think the optimists were wrong a year ago in saying we have no inflation and I think they are wrong now if anyone is highly confident that we are going to avoid recession,” he said on CNN’s “State of the Union” on Sunday, adding that Treasury Secretary Janet Yellen’s and Federal Reserve Chair Jerome Powell’s predictions are “too optimistic.”

In an exchange with CNBC last week, Yellen said, “I don’t think we’re going to have a recession” in response to a question about stripper-turned-rapper Cardi B’s recent Twitter post that asked, “When y’all think they going to announce that we going into a recession.”

“Don’t look to me to announce it,” Yellen said, adding, “We have a very strong economy. I know people are very upset—and rightfully so—about inflation. But there’s nothing to suggest inflation if a recession is in the works.”

With gas prices officially hitting an average of $5 per gallon across the United States, the Department of Labor confirmed that inflation rose 8.6 percent year-over-year for May—a number not seen in four decades. That’s a 0.3 percent increase from April, which saw a year-over-year increase of 8.3 percent.

The Biden administration and Democrats have struggled to deal with the price jump, blaming it on supply chain issues and Russia’s invasion of Ukraine as President Joe Biden recently signed a $40 billion deal in new aid to Kyiv. Biden and other Democrats have suggested that Americans mitigate the cost of fuel by purchasing electric vehicles, which may be cost-prohibitive or impractical for many.

Republicans say that the problem is being exacerbated by Biden’s policies, including a series of sweeping executive orders he made at the outset of his term that targeted the oil and gas industries. Within a few days of taking office, Biden signed executive orders that suspended new oil drilling on federal lands, blocked the Keystone XL pipeline, directed federal agencies to eliminate subsidies for fossil fuels, rolled back the Trump administration’s move to end restrictions on methane regulations, and more.

However, Democrats and environmentalists would criticize Biden if he took steps to increase U.S. oil production, saying that such moves would undercut their climate-related efforts.

At the end of March, Biden announced another draw from the nation’s Strategic Petroleum Reserve to bring down gasoline prices. The average price per gallon has jumped 77 cents since then, which analysts say is partly because of a refining squeeze.