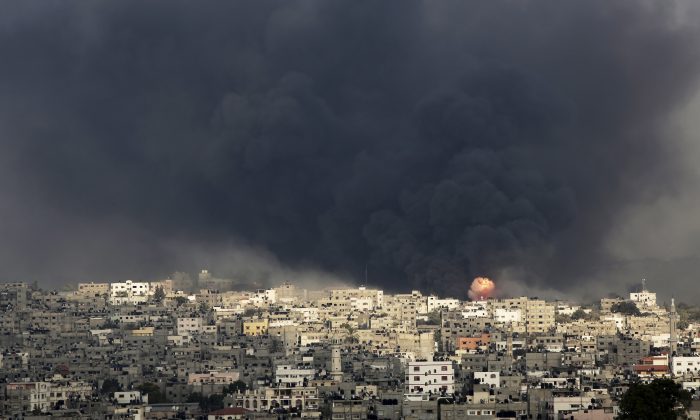 An article saying President Barack Obama will send 2,000 soldiers to Gaza amid Israeli tensions is fake.

The article was published on the National Report, which is a self-appropriated “satire” website.

It reads: “Documents leaked on the Internet on Monday revealed that President Barack Obama has asked the Pentagon to ready approximately 2,000 combat-ready soldiers for a possible deployment to the Gaza Strip, to aid Israel in their fight against Hamas and the Palestinians.”

It then adds: “The Pentagon papers were leaked Monday morning on the website WikiLeaks, ordering the readying of ground and naval forces, while also ordering a force depletion report for major combat action in the Gaza theater. A force depletion report is an estimation of US casualties, should ground operations be carried out.”

The National Report doesn’t have a disclaimer that says it’s satire, but it was saved by WafflesAtNoon. It said, “National Report is a news and political satire web publication, which may or may not use real names, often in semi-real or mostly fictitious ways.”

One of the operators of the website told Wyoming’s Casper Star-Tribune last year that it’s not meant to be taken seriously. “We have been targeting Tea Party types recently as they are the most gullible and are willing to spread misinformation across the internet with little/no research,” the creator told the paper .

“It is our opinion that if a person is too lazy to check for multiple references [or at least one other source] … and they spread misinformation around as fact, then they are to blame for their own stupidity, not us,” he added.