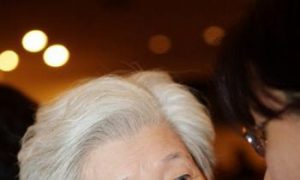 A “kill switch” bill that grants President Barack Obama the power to shut down the entire nation’s Internet during a national crisis will soon resurface in the Homeland Security and Governmental Affairs Committee.

The legislation, which has bipartisan support, floated through the Senate committee in December but expired with the new Congress early January.

After Senate leaders announced Jan. 27 that Sen. Susan Collins (R-Maine), who introduced the bill, will continue to serve as the ranking member of the Senate committee, Collins indicated that she will bring the bill to the table again.

The planned introduction also follows the Internet blackout in Egypt on Jan. 27 in response to the nationwide protests to remove Egyptian President Hosni Mubarak, who has been in office since 1981.

Collins said that the bill would not give Obama the same level of power as the Egyptian president and is only designed to prevent damage from “significant” cyberthreats, according to Wired magazine.

“My legislation would provide a mechanism for the government to work with the private sector in the event of a true cyber-emergency,” Collins told Wired. “It would give our nation the best tools available to swiftly respond to a significant threat.”

An aide to the Senate committee explained to the magazine that the bill will not permit the shutting down of the entire Internet but only allow the president to deny access to certain websites when the government detects a possible cyber-attack.

The aide added that there will not be one “kill switch” that can take down the entire network but a central system that is connected to servers in different regions.

Critics and organizations such as the American Civil Liberties Union, American Library Association, Electronic Frontier Foundation, and Center for Democracy and Technology are skeptical of the legislation and said in an open letter that the legislation could be used to censor the Internet.

The groups pointed out that the bill is ambiguous about what can be declared as a cyber-attack, and the bill itself can be flexible enough to be manipulated to censor the Internet or limit free speech, which is a violation of the constitution’s First Amendment, according to The Hill.

"Those in Congress who have proposed an 'Internet Kill Switch' for the United States should realize the danger of their proposal now that Egyptian President Mubarak has flipped such a switch to stifle dissent in Egypt," Berin Szoka, president of TechFreedom told The Hill.

The details of the bill and its reintroduction are currently unavailable, but a Senate aide told The Hill that the committee is considering taking the more popular aspects of the proposed legislation and attaching them to other bills.