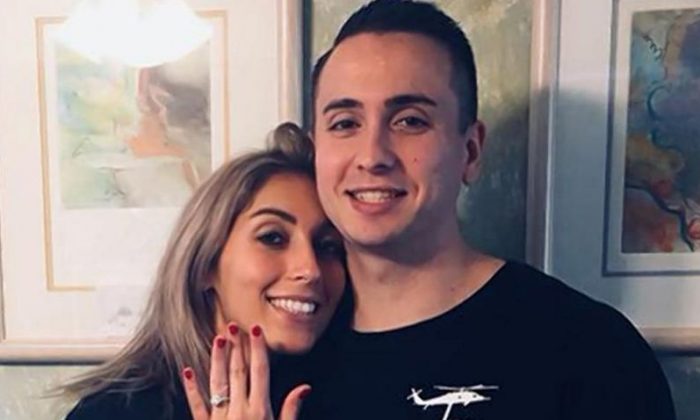 NYPD Recruit Dies of Cancer Weeks After Getting Engaged

A 23-year-old NYPD recruit died after a short battle with leukemia.

Officer Jake Siciliano was a recruit who wanted to be a police officer, the New York Daily News reported. On Oct. 1, he got engaged to girlfriend, Ashlee Ragusano.

“We had an amazing 3 years, 7 months, and 4 days together. You changed my life for the better, and I would not change a single thing,” Ragusano told the Daily News.

Siciliano was pronounced dead at New York’s Mount Sinai Hospital, about a month after he was admitted.

“God needed an NYPD officer in heaven, baby. Do what you do best,” she said.

He was diagnosed with leukemia several weeks after he got engaged. When he died, he was three months into his officer training

On July 5, Siciliano was among 524 recruits who were sworn in—one day after NYPD Police Officer Miosotis Familia was assassinated, noted The Maven.

A GoFundMe account has been set up to help his family to pay off his medical bills.

“Everyone who knows Jake Siciliano, knows that he always has your back and would work as hard as he could to make sure you got what ever help you needed, now it’s time for us to do the same for him,” the fundraiser said. “Jake unfortunately got very sick and was diagnosed with leukemia. He is very strong and will fight but no one should fight this fight alone.”

Siciliano, born in Long Island, graduated from Lynbrook High School in 2012 and played lacrosse for Nassau Community College. Later, he joined the police academy, according to LIHerald.com.