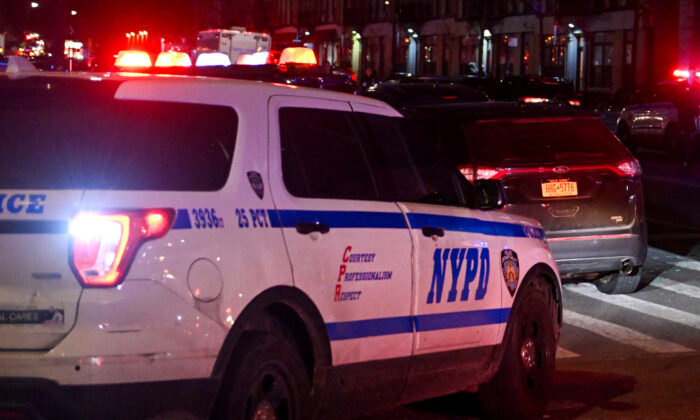 The New York Police Department (NYPD) stopped a threat to the Jewish community on Saturday in a joint effort with the FBI, the police department said.

A large hunting knife, an illegal Glock 17 firearm, and a 30-round magazine were seized during the event.

The police department didn’t elaborate on the threat.

NYPD stepped up security at sensitive locations throughout New York City after the incident.

At the beginning of November, a New Jersey male who posted threats online to synagogues was arrested.

Omar Alkattoul, 18, of Sayreville, was charged with transmitting a threat in interstate and foreign commerce.

According to a criminal complaint filed in federal court, Alkattoul expressed hatred of Jews and admitted to posting online threats against Jewish people. He also told investigators he had researched how to obtain a gun, shooting ranges, and mass shootings, but in the days before posting his threat was “about ‘50/50’” on whether he would actually carry out an attack.

Alkattoul could face up to five years in prison if convicted.

Deadly attacks against Jewish institutions are not unusual in the New York City area.

A rabbi’s home was attacked and two synagogues were firebombed in 2012.

A fatal stabbing happened at a Hanukkah celebration in 2019. The same year, a shooting killed three people in a kosher market as well as a police officer.

According to data compiled by Anti-Defamation League (ADL), there were 2,024 reported antisemitic incidents throughout the United States in 2020.

Though the number is lower than that of 2019, it’s still the third-highest year on record since the organization started to track antisemitic incidents in 1979.

There were 327 reported antisemitic incidents at Jewish institutions such as synagogues, Jewish community centers, and Jewish schools in 2020, an increase of 40 percent from 2019.

ADL was founded in 1913 with a mission to stop the defamation of the Jewish people, according to the organization’s website.