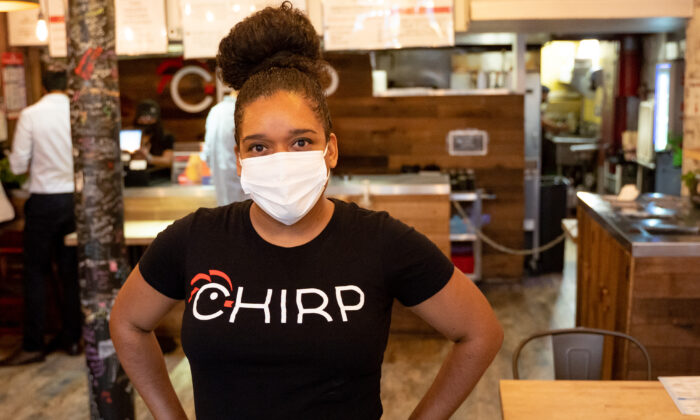 NEW YORK CITY—Just as New York City restaurateurs thought they would perhaps see their way out of crushing COVID-19 restrictions and back to “normalcy,” the city’s government dealt another blow: Restaurants will now have to check customers for proof of vaccination, or themselves face fines.

In response, restaurant owners seem to have flocked to one of two positions. Some support the rule as long as it prevents more lockdowns, while others reject it as an unreasonable imposition on their already vulnerable operations.

Restaurants have been among the hardest hit by the lockdowns imposed amid the CCP virus pandemic. New York City boasted a flourishing restaurant scene in 2019, with more than 23,000 establishments and more than 300,000 employed, according to a state comptroller report (pdf).

The lockdowns slashed employment by about two-thirds in the sector in April 2020. It has been gradually recovering since, in major part depending on federal relief funding and the solidarity of their landlords. December 2020 sales were 50 to 100 percent lower than the year before for most restaurants and bars, according to a survey by the NYC Hospitality Alliance, an industry group. For two in five, sales were 90 to 100 percent lower. If the government stopped supports such as rent subsidies and the eviction ban, nearly half said they’d go out of business. Only 15 percent said they wouldn’t. The rest weren’t sure.

The vaccine requirement, announced by Mayor Bill de Blasio on Aug. 3, would apply to both staff and customers at restaurants, bars, gyms, and entertainment venues. It may be expanded to other establishments, too, a New York City Department of Health official told The Epoch Times.

Businesses will have to ask customers for their vaccination card issued by the Centers for Disease Control and Prevention (CDC) or vaccination confirmation on the city or state phone app. The rule goes into effect on Aug. 16 and enforcement through inspections will start Sept. 13.

More than a third of New Yorkers haven’t received even the first of the two doses of the vaccine, which was developed at record speed last year and rolled out through an emergency authorization before the completion of clinical trials.

It still isn’t clear how the NYC requirement will work in practice, head of the alliance Andrew Rigie told The Epoch Times.

“The city announced the policy and over the coming weeks is going to develop the guidelines, so many questions still need to be answered,” he wrote via email. “We will work to inform the guidelines to make them as clear and fair to restaurants as possible.”

Bar and restaurant owners are “very split on the issue,” he said, based on conversations the alliance has had with some of them.

“Some support it, others oppose it. All seem to agree we can’t go to harsher restrictions and shutdowns again,” he said.

For Karla Martinez, manager of Chirp restaurant in Manhattan’s Garment District, the rule announcement was “confusing.”

Some people are already irked when asked to put on a mask. Asking for a vaccination card will only exacerbate the situation, she said. “They’re going to get angry.”

She wasn’t even sure how to enforce the rule, noting that she doesn’t have the budget to have a person stand by the door checking people’s vaccination papers.

The Peruvian restaurant has been around for three years, barely surviving the lockdowns and still hanging on by a thread.

“It’s still rough,” she said. “Every day, it’s very uncertain for us. We don’t know if tomorrow we’re going to be able to open the doors.”

“But at this point, we don’t know anything,” she said.

Mostafa Zouini, manager at nearby Cafe Aroma, said he would comply with the rule, but that it would make some customers unhappy.

“It’s like going back to square one,” he said.

He recalled the backlash he received when the city told establishments to have customers put down their email addresses for contact tracing and even have their temperature checked before getting served.

“They used to get mad and leave,” he said.

Down the street, the manager at the Italian eatery Pomodoro opposed the new rule.

“It’s stupid, because it’s not our job to police people,” he said, identifying himself only by his last name, Liu.

He said he supports everybody getting vaccinated, but he’s not in favor of turning away customers based on that.

“Whether you’re not vaccinated or you’re vaccinated, you’re still my customer,” he said.

He expects businesses will ignore the rule rather than lose customers over it.

“People are not going to follow,” he said, suggesting it’s the government’s fault so many people aren’t getting the shot.

A lack of incentives isn’t the core issue holding people back, he said. The problem is that “there’s no outreach.” The government should just focus on educating people, in his view.