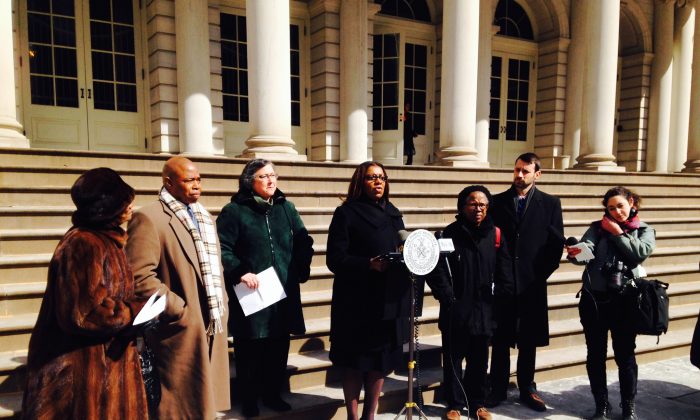 “There is nothing more central to our democracy than the right to choose our representatives,” James said. “For the sake of good government and fair representation for all, we must have special elections in districts with missing representatives and we must do so now.”

The 11 vacant seats include nine in the Assembly and two in the Senate. Six out of the 11 seats represent New York City. These vacant seats mean that nearly 1.8 million New Yorkers, about 12 percent of the state, have no representation as Cuomo and the state legislature make decisions about the state budget which is due on April 1. At least half of these districts are majority-minority districts.

“As the budget process moves forward in Albany and other legislative business moves forward, too many of our fellow citizens simply don’t have a seat at the table,” said Ian Vandewalker, counsel for the Brennan Center’s Democracy Program.

“The 1.8 million New Yorkers without a voice in state government deserve representation—not after the general election in November, not months and months from now, but as soon as possible.”

In last year’s election, seven former Assembly members were elected to other offices, including four who took positions in the city council. Two assembly left office because of scandals: Assemblyman Eric Stevenson was convicted of bribery charges and removed from office, and Assemblyman Dennis Gabryszak resigned after female staffers claimed that he harassed them. Finally, two senators left for other positions: Eric Adams became Brooklyn Borough President and Charles Fuschillo left to become chief executive of Alzheimer’s Foundation of America.

“I left the senate district to move up to borough president, I was at the mindset that we were going to implement a special election to fill that seat,” said Adams. “We’re calling on the governor to do the right thing, to ensure we stay true to the principle that not only is politics a local process but local representation should always be heard throughout the state.”

Under NY state law, only Cuomo has the ability to call for special elections to fill the seats, but he has not showed any willingness to do so. Special elections are expensive and usually voter turn out is low because of less publicity.

The next election for the NY state legislature is Nov. 4 this year.