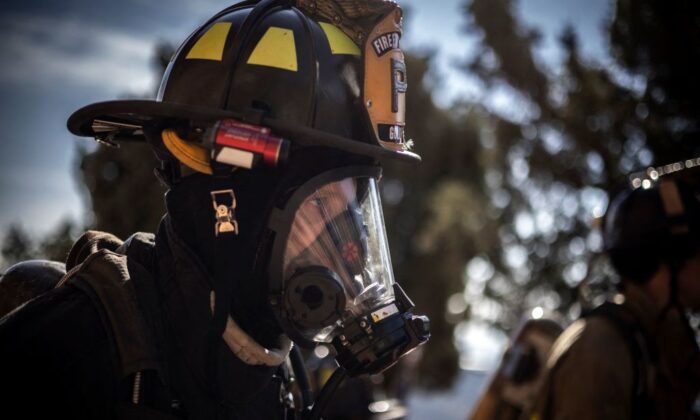 The head of the Uniformed Firefighters Association (UFA), a New-York based firefighter union, told its members on Oct. 27 to report for duty despite New York City Mayor Bill de Blasio’s order to place city workers on unpaid leave if they remain unvaccinated.

UFA President Andrew Ansbro told Reuters that New York firefighters, who now face suspension unless they get the COVID-19 vaccine, are feeling “insulted” after having risked their own health to save lives during the pandemic.

“I have told my members that if they choose to remain unvaccinated, they must still report for duty,” Ansbro said at a news conference, according to Reuters.

De Blasio announced the mandate on Oct. 20, which will affect approximately 160,500 city workers.

The mandate requires all city workers, with the exception of uniformed correction officers, to have received their first vaccine dose by 5 p.m. on Oct. 29. Workers unvaccinated by the deadline will be placed on unpaid leave starting Nov. 1.

If unvaccinated workers are suspended on Nov. 1, Ansbro said New York will have to shut down 30 to 40 percent of its firehouses. As a result, the city may see prolonged wait times before firefighters can provide emergency services.

“Fires are going to burn longer, heart attack victims going to be laying on the floor longer for us to get there, and people could be stuck in elevators for hours, if not days,” he said.

Just last week, thousands of New York firemen, police officers, sanitation workers, and teachers took to the streets of Brooklyn to protest against the vaccine mandate.

Ansbro also said UFA members have been getting tested for COVID-19 antibody levels since 2020 and that members should be exempt from vaccination if tests return with high levels of antibodies.

To incentivize getting the COVID-19 vaccine, city employees who receive their first dose before 5 p.m. on Oct. 29 will receive an extra $500 in their paychecks.

“Vaccinations are critical to combatting the COVID-19 pandemic,” de Blasio said. “This mandate is a bold step that protects our families, friends, and communities, including those that are not yet eligible for the vaccine, such as our city’s youngest residents.”