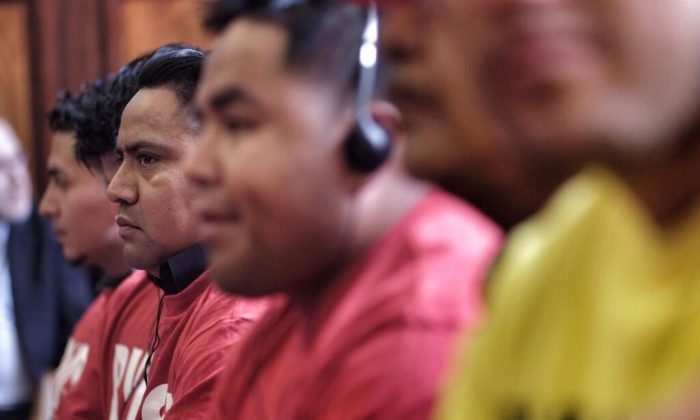 Car wash owners and workers listen to testimony during a hearing on car wash licensing at the City Hall in Manhattan on June 19. (William Alatriste/City Council)
New York

“We believe that this licensing scheme is a step in the right direction to improving the industry for car wash customers, owners, and workers,” Julie Menin, the commissioner of the Department of Consumer Affairs, said.

Currently, car washes are not singled out for licensing and regulation, but are still subject to the same oversight as other businesses in New York City. For example, the Department of Consumer Affairs may issue fines for deceptive business practices and the Department of Environmental Protection handles potential environmental hazards.

A car wash license would cost owners $550 under the proposed bill. Each car wash would also have to by a $300,000 insurance bond.

There are approximately 200 car washes in New York City, which employ over 5,000 people, according to a 2012 report by Workers Aligned for a Sustainable and Healthy New York (WASH), a group advocating on behalf of car wash employees.

Nearly 80 percent of car washes in the city were suspected to have serious wage violations in a report by the New York State Department of Labor released in 2010. That report also found that workers were working more than 70 hours a week, paid below the minimum wage, and forced to share tips with non-service employees. That year, DOL sued a Manhattan car wash for failing to pay overtime, among other charges, and later settled with the company for $2 million.

“Our goal is to have car washes follow the relevant city, state, and federal laws,” Melissa Mark-Viverito, the City Council speaker said.

Advocates also allege that workers are routinely exposed to noxious chemicals without wearing appropriate protective gear. They also allege that the discharge from the car washes, if not properly handled, can cause environmental risks.