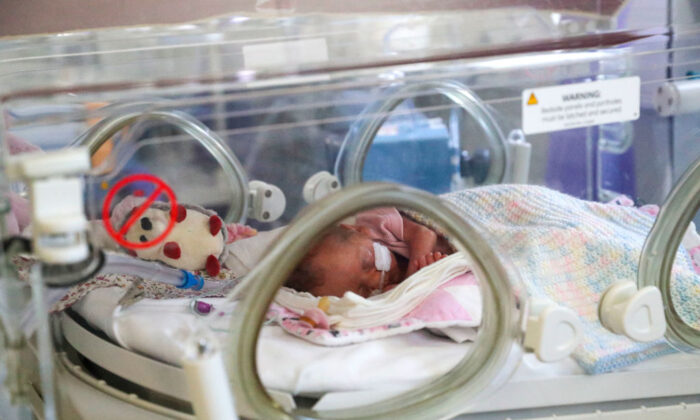 A newborn baby in the maternity ward in a file photo. (Steve Parsons/Pool/Getty Images)
By Jack Phillips