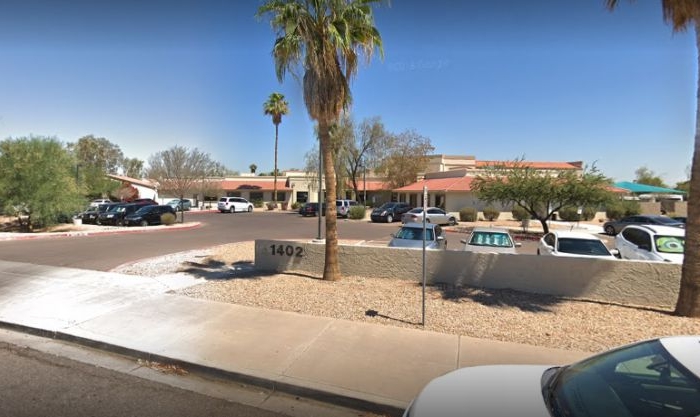 The nursing facility where a woman in a vegetative state gave birth was previously cited for failing to protect its residents’ privacy.

The Hacienda nursing home in Phoenix said it is investigating the Dec. 29 birth of a baby. The mother is a woman who has been in a vegetative state for the past 14 years after she suffered a near-drowning incident, reported Phoenix-area CBS affiliate KPHO.

The child is reportedly healthy. Police are investigating the case as a sexual assault.

The nursing home was cited for a privacy deficiency after a male patient told investigators in December 2017 that while he was being bathed by a staff member, other staff members would walk in on him while showering.

The resident said that “it made him feel uncomfortable,” according to records from the Arizona Department of Health and Human Services, People magazine reported. “He stated that he does not know why staff come and go in the shower room when he does not have any clothes on. He stated it has happened on many occasions.”

The second staffer said she had seen “many” other staffers do the same thing.

DISTURBING DETAILS: “None of the staff were aware that she was pregnant until she was pretty much giving birth.”

The staffer, along with the director of the facility, said those incidents occurred because they needed to access the trash cans or supplies stored in the shower room. They also said staff members would cross through the shower area to get from one room to another, People magazine reported.

Both staffers “have been counseled on privacy during showering residents,” and the report added that “all direct care staff” would receive more training in light of the allegations.

In January 2018, state investigators said the issues “have been corrected,” People reported.

The health care facility has at least 74 patient beds, according to federal records. It cares for people who have a variety of developmental conditions. Some of the patients have been there for decades, said state records.

In 2013, the Arizona Department of Health Services said a male employee mistreated patients by making sexually suggesting remarks to them, according to the New York Times.

Sgt. Tommy Thompson, a spokesman at the Phoenix Police Department, told The Times that investigators are looking into the facility.

A spokeswoman for the Arizona Department of Health Services told the Times: “During this time, the agency has required heightened safety measures be implemented at the facility, including increased staff presence during patient interactions; increased monitoring of the patient care areas; and increased security measures with respect to visitors at the facility.”

Hacienda’s spokesman, David Leibowitz, said on Jan. 4 that the firm is “aware of a deeply disturbing incident involving the health and safety of a Hacienda resident,” reported The Times.

He said, “While federal and state privacy laws prohibit us from publicly discussing a patient’s health or case, Hacienda has and will continue to cooperate fully with law enforcement and all the relevant regulatory agencies regarding this matter.”