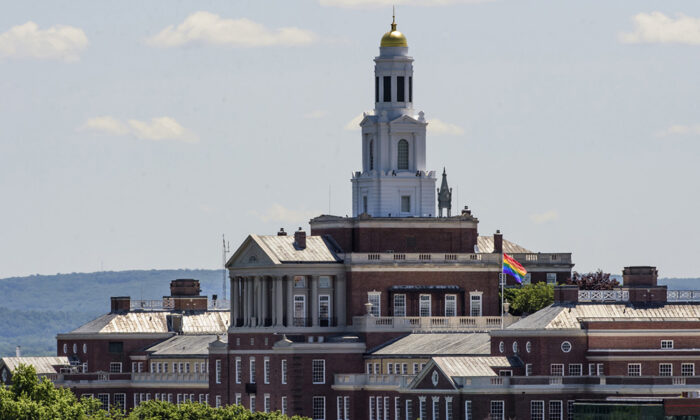 By Bob Fernandez
From The Philadelphia Inquirer

Aetna hired nurse Carol Wessner as a quality management consultant in Philadelphia in 2013 as the health insurer was expanding to cover almost 100,000 low-income Pennsylvania children under Medicaid. Wessner had a simple task: figure out why many children under Aetna’s coverage weren’t being screened for their health.

What she discovered over the next three years disturbed her. On paper Aetna looked as if it operated a robust physician network for the kids. But the reality was that among those listed to care for them were doctors who had died, moved out of state, or didn’t specialize in pediatrics, Wessner concluded. Some providers had no contract with Aetna.

“Tens of thousands of children” were assigned to care providers that had no relationship with Aetna, Wessner claims in a federal whistleblower lawsuit filed in 2017 and recently unsealed in the Pittsburgh federal court.

Pennsylvania paid Aetna a monthly per member fee in exchange for the insurer providing care for the children through a network of doctors and health facilities. By not providing an adequate provider network, Aetna “decreases the number of medical services it has to cover while still being paid by the government,” the suit says.

The federal government pays roughly half of Medicaid, and states cover the other half.

At Crozer-Keystone Health Network, Wessner claims, children were assigned to gynecologists or vascular surgeons for care.

In September 2016, “a staggering 96.6 percent” of 747 children enrolled with Aetna’s for periodic screening at Crozer-Keystone had not been screened in the prior year. All the while, the insurer was collecting money to care for those children, the suit says.

Wessner reported to Aetna supervisors in Philadelphia who asked her not to put her findings in writing and then asked “to stop reporting her findings altogether,” the suit says. She was transferred to a new job and terminated in February 2018. Wessner has sued the company and her supervisors for retaliation and for alleged violations of the Federal False Claims Act.

Wessner’s lawyers filed her suit under seal, as is typical in these types of legal actions. A federal judge in Pittsburgh unsealed it in September after Stephen R. Kaufman, the acting U.S. Attorney for Western Pennsylvania, whose office investigated the suit’s claims, decided not to intervene in the case. Kaufman, however, also told the presiding judge the “action may be dismissed only if the court and the [U.S.] Attorney General give written consent to the dismissal and their reasons for consenting.”

In a statement Monday, Aetna denied the allegations and said it intends to vigorously defend itself “should the plaintiff choose to move forward” with the suit. The company operates in the state as Aetna Better Health of Pennsylvania Inc. The insurer said in the statement that it was pleased that the Department of Justice chose not to intervene and that the suit’s allegations that its Pennsylvania care network was inadequate were irresponsible.

Wessner’s lead lawyer, Janal Quinn of the Employment Law Group in Washington, did not respond to emails. The last docket entry in the case was the unsealing order.

A spokesperson for the Department of Human Services said on Tuesday that the state agency was aware of the whistleblower suit and that its teams “actively monitor beneficiary, stakeholder and provider complaints and concerns to identify potential problems with [provider networks] and take appropriate action.”

Wessner earned her nursing degree at Villanova University. At Aetna, Wessner’s official role was coordinator for the Early Periodic Screening, Diagnostic and Treatment, a benefit known as EPSDT and a Medicaid workhorse. The benefit covers millions of children under 21 years old, mandating screenings and testing for physical, developmental, dental, and mental health. Children diagnosed with ailments or conditions are treated through EPSDT.

“It does a huge amount of good,” said Sarah Somers, managing attorney for the nonprofit National Health Law Program in Chapel Hill, N.C. Somers described EPSDT as a “holistic benefit,” as it entails informing parents of what health services are available for their children and making sure medical professionals provide care. Health screenings are the core link between the child and treatment, she said. If children “can’t get the screenings, then they can’t get treatment or may not even know know they’re sick,” Somers said.

Insurers and providers are expected to cover the medical care for the Medicaid beneficiaries and earn a profit with the per enrollee monthly fees. “There is a built-in incentive to under-service that could lead to lower costs and higher profits,” Somers said.

In the suit, Wessner says that Aetna continued to enroll or list children with primary care providers it had no contract with. In May 2014, Aetna terminated its contract with eight Philadelphia-run health centers—taking them out of its network. But in February 2015, Aetna still had 491 children enrolled to receive care through the centers, the suit claims.

A September 2016 compliance report for EPSDT showed there were 99,403 child beneficiaries assigned to 5,774 primary care providers. But 49 percent of those providers “had not seen a single one of their assigned patients for an annual EPSTD visit within the last 12 months,” the suit says.

In Bradford County, in northern Pennsylvania, Aetna listed 45 pediatric providers but only eight were accessible to enrollees, according to the suit. Some of those unavailable doctors had moved out of state to North Carolina, Arizona, Illinois, Maryland, or New York.

In Pike County, a rural area southeast of Scranton, all five of the pediatric providers in the Aetna network were not available to low-income kids, the suit claims.