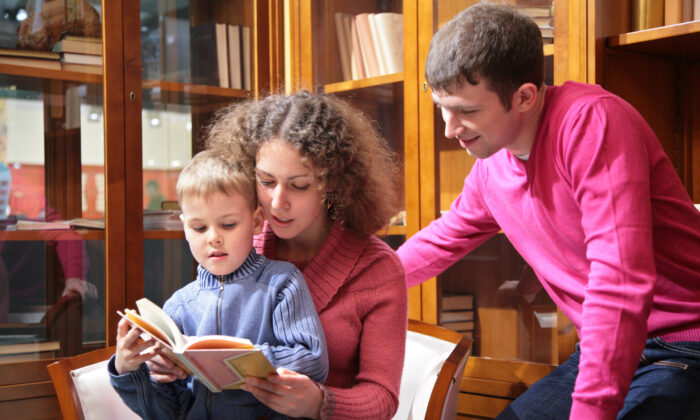 A recent report from the Institute for Family Studies (IFS), a conservative think tank, found that the number of children growing up in a two-parent home rose last year to over 70 percent for the first time in nearly 30 years.

In its report, which is based on U.S. Census Bureau data, the think tank, whose mission is to “strengthen marriage and family life, and advance the well-being of children,” found that the proportion of children in two-parent homes in the United States has risen gradually from 67.3 percent in 2005 to 70.4 percent in 2020.

“It is too early to say for certain but growing numbers of actual and would-be parents seem to be heeding the conventional wisdom that a stable two-parent family helps children flourish educationally, socially, and economically,” Nicholas Zill, a research psychologist and senior fellow at IFS, commented on the findings.

U.S. Census Bureau data cited in the report shows that the proportion of people under the age of 18 living with two parents dropped from 88 percent in 1960 to just over two-thirds in 2005, prompting concern from some experts about the downward trajectory of the trend.

“All the experts agreed: the nuclear family was on its way out,” Zill wrote. “But a funny thing happened on the way to extinction: although certainly not out of intensive care, the supposed corpse of the two-parent family seems to be breathing new life,” he said, commenting on the improving trend.

One caveat that takes some of the sheen out of the findings, Zill argued, was that the U.S. Census Bureau lumps step-parent and adoptive families into birth-parent families, giving the headline number perhaps an overly optimistic appearance.

“Children in stepfamilies and adoptive families have experienced family disruption,” Zill wrote. “The evidence is that they have higher rates of emotional, behavior, and learning problems than those residing with both birth parents.”

While the IFS report notes that the number of children living with both birth parents was just over 63 percent in 2020, this figure is an improvement over 61 percent in 2012.

The report also singled out as “one of the most encouraging developments” the sharp rise in the proportion of black children being raised by both biological parents, with the figure growing from 24 percent in 2012 to 30 percent in 2019.