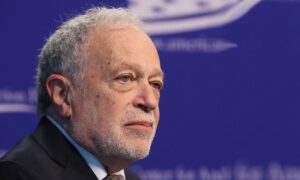 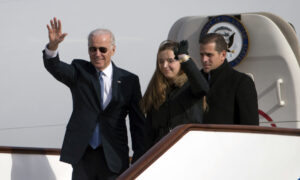 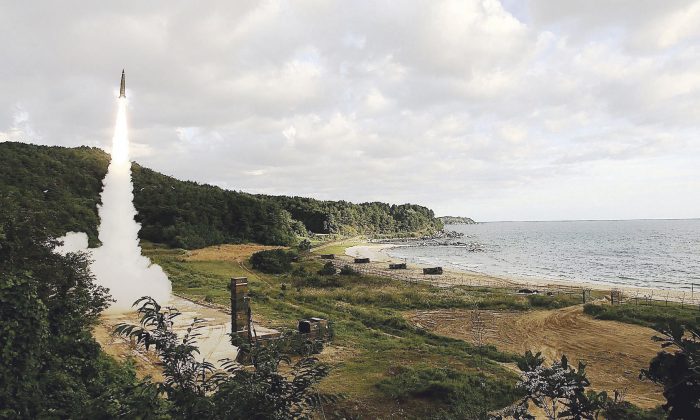 Nuclear Romance of the Three Kingdoms

Romance of the Three Kingdoms is the famous Chinese classic that very few Chinese nationals do not know by heart, where loyalty and allegiance, trust and betrayal, national strategy and military tactics, and grand wisdom and street smart are played out in vivid details in this 14th century novel. While this historical episode took place in the Han dynasty, nowadays, it’s not only given rebirth in video game series but also in the Korean peninsula as well.

The new three kingdoms I am referring to are China, Korea (South and North), and the United States, and the new romance is much more confrontational, and even nuclear in nature, when these three countries are elbowing each other with even grandeur strategies that may affect the future of humanity.

The North Korean nuclear and missile crisis is getting even more urgent entering September of 2017, with all the forces and conflicts merging together and bad karma kicking into positions. All the discussions on the topic though, were all centered upon whether the US would allow North Korea to develop a missile with nuclear tip to reach continental US, why this rogue state is so determined to develop its nuclear arsenal, why China and North Korea are facing off against each other, the true standing of China on the issue, whether there is a consensus as to how to solve the crisis between China and America, and just how far the appeasement policy of Moon Jae-in will continue, etc. Yet fundamentally, the core issue surrounding the North Korean nuclear crisis hinges on the future of Communism in our world, and whether humanity will, under the leadership of Trump, eradicate all the Communist dictatorships that are still in existence today.

If Israel, South Africa, Pakistan, and India could all possess or have possessed nuclear weapons, why can’t North Korea? Some may ask. Ultimately, in the eyes of America and the free world, it is because this is yet another Communist state that tries to have nukes, while the world has seen enough of that with Soviet Union and P.R. China. North Korea was enlightened to and shown with precedence the Chinese nuclear pursuit and path, and the world simply can’t stomach even more Communist and authoritarian regimes to have this powerful tool.

The Chinese communist government has always been in support of communist North Korea, and China has always cast its veto in the UN Security Council on resolutions condemning North Korean nuclear program, until very recently. China’s stance took a dramatic and subtle turn since Xi Jinping and Trump had that historical meeting in April of this year at Trump’s Mar-a-largo retreat. After that meeting, for the first time ever, China voted to support UN sanctions on North Korea. It’s noteworthy that such an act by China violated a treaty between PRC and DPRK dating back to the 1950’s where a party to the treaty would provide “military and other assistance” if the other party is at war, and “neither would participate in any alliance, group, actions, or measures hostile to the other party.”

It is not unimaginable to speculate that between Xi and Trump, there must have been consensus and concessions made, in order for Trump to halt his planned trade war with China; and Xi must have changed dramatically China’s stance on the DPRK nuclear issue, in order for Trump to suppress and postpone one of his biggest campaign promises and domestic agenda. If Xi had indeed given such concessions, it must mean that he is determined to abandon the Communist regime of North Korea. And the next logical step after DPRK regime is gone must be to give up or disintegrate the Chinese communist regime, so that China will not be the lonely Communist state without the companionship and strategic buffer of DPRK. It is hard to imagine that Trump, determined to be against communism and suppression and to lead America to conservative and traditional values, would treat Xi a communist leader as friend and partner, if Xi does not make such kind of commitment.

Later development in the world stage shows that Xi has, indeed, abandoned North Korea. The world has witnessed, with awe and amazement, the about-face, the breaking up, and the total hostility between the two brothers-in-blood and friends-in-battle Communist states. Obviously, Xi’s policy of pro-American and against DPRK, and his plan to eventually transform CCP, met with enormous opposition within the Communist party itself, and that’s why there seems to be polarization and confusing reports about China’s North Korean policy. On the one hand, China seems to have joined the West in sanctions against DPRK, but on the other hand, trade with and support to DPRK seem to be continuing unabated. One expert from CCP’s Central Party School said that, “sanctions (against DPRK) would not work if the political structure of DPRK is unaffected”. This shows the bitter struggle within CCP itself, whereas one side wants to abandon North Korea and align with America, and the other protect North Korea and against America.

But time is running out for the Chinese Communist regime, and Xi must make a decision soon. Trump has said publicly that he is willing to cut all trade and economic ties with those countries that refuse to stop trading with North Korea.

Apparently, the intended audience is China. North Korea’s foreign trade is minimal, outside the top 100 countries in the world, but 83 percent of its exports and 85 percent of its imports are with China. The next largest trade partner with North Korea, India, accounted for only about 3 percent of DPRK’s foreign trade. On the other hand, China accounts for 9.3 percent of U.S. exports and 21 percent of U.S. imports, so China does not have the capability nor willingness to lose its trade interests with America over DPRK. The next step for China to work with the U.S. is to cut off all its trade and energy supply to DPRK. Once the supply of energy (China provides 90 percent of the oil North Korea imports) is cut off, it is akin to choking Kim Jong-un, and the final showdown and act of decapitation would definitely be in sight.

One type of views holds that China will never be able to give up DPRK, as it serves as the “strategic buffer zone” for China. This is outdated and near sighted. The concept of “buffer zone” is obsolete when precisely guided munitions and long range weapons become so prevalent today. In the eyes of Chinese strategists, the Korean peninsula is never the biggest threat to China, be it the north, south, or unified Korea. They view Japan as the largest threat to China, and Korea could be a “buffer zone” to Japanese threat even if it is unified under the South.

The second Korean War seems “locked and loaded”, and it hasn’t started because all sides have their own concerns. China under Xi is ready to abandon communist Korea but opposition within the party persists, and China is afraid that a furious North Korea would throw its nuke to its northern neighbor that betrayed them. Moon Jae-in is still holding his conciliation and pacification policy, albeit less so now, because of a lack of deeper understanding of Communism and communist states. America is, as what now departed Steven Bannon said, concerned with massive artillery retaliations by the DPRK that could kill hundreds of thousands in Seoul instantly if the decapitation and precision bombing is not 100 percent successful. All sides have their concerns, and all have their apprehensions.

The confrontations among the three countries of U.S., China, and Korea (South and North) is indeed similar to the confrontations among the three states of Cao Wei, Shu Han, and Eastern Wu in the classical novel of the Romance of the Three Kingdoms, except the confrontation becomes nuclear today. America is the all-powerful Cao Wei, who has the heavenly mandate from the emperor and ready to sweep and swallow the other two states. China is the less powerful Eastern Wu that has the topographical advantage and is dancing between the other two. North Korea (plus South) is the weakest and loneliest one, struggling between the two giants in the east and north. Shu Han is sternly and steadfastly against Cao Wei, and so are the hostility and non-negotiating stance between DPRK and the US. Within Eastern Wu, there was the faction that wants to work with Cao Wei, and there was the faction that wants to support Shu Han. And within the Chinese communist party, there are the two factions as well, supporting DPRK against the US, and supporting the US and abandon DPRK.

The confrontation in the Korean peninsula is, ultimately, a show-down between Communism and the free world. How would this end? In the Romance of the Three Kingdoms, Shu Han was the first one to lose, and Eastern Wu was defeated later, and Cao Wei achieved total victory. In our world today, a similar outcome could very well be the result: DPRK goes first, Chinese Communist goes next, and the free world prevails.

Trump has been said to be Ronald Reagan 2.0. In fact, Trump has adopted a lot of the ideals and even slogans from the Reagan era. The biggest achievement of Ronald Reagan was to facilitate the dissolution of former Communist stronghold of Soviet Union, and the biggest achievement of Donald Trump will be, as it seems more apparent as the Earth turns, to facilitate the dissolution of all the remaining communist states, including the largest Communist state of China. There are altogether only four communist states left in the world today: China, Vietnam, Cuba, and North Korea. Trump’s polices toward Vietnam and Cuba are working, using economic and trade means, now comes North Korea and, who knows, soon, very likely China as well.

Dr. Frank Tian Xie is John M. Olin Palmetto Chair Professor in Business and Associate Professor of Marketing at the University of South Carolina Aiken, in Aiken, South Carolina, USA. At the time of developing and writing this article, originally in Chinese, he was supported on a Fellowship from the Ministry of Foreign Affairs of Republic of China (Taiwan) and a Visiting Scholar at the Public Economic Policy Research Center at the National Taiwan University.