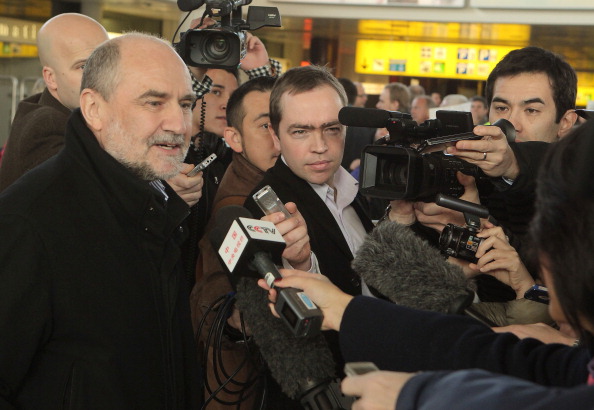 United Nations nuclear inspectors said that they have held positive talks with Iranian officials over resolving the impasse on the country’s nuclear program.

A six-man delegation from the International Atomic Energy Agency (IAEA) returned on Wednesday from a three-day visit to Iran.

Head of the delegation and deputy director in charge of safeguards, Herman Nackaerts, said that there had been “intensive discussions” over the country’s program of uranium enrichment and that a return visit would be arranged very soon.

The delegation was reported to not have visited any nuclear sites during the brief mission.

“We are committed to resolving all the outstanding issues and the Iranians said they are committed too,” Nackaerts told reports upon landing at the Vienna airport on Wednesday.

“But of course there is still a lot of work to be done, and so we have planned another trip in the very near future.”

He said that the team had a “good trip” but declined to comment any further before briefing the IAEA director general Yukiya Amano.

The discussions were believed to have centered on an IAEA report last November which cited evidence that Iran had conducted tests consistent with the development of nuclear weapons. Tehran claims its nuclear program is purely for civilian purposes.

“The delegation had some questions about the alleged studies [in the IAEA report], and thanks to God we had very good sessions,” said Iranian Foreign Minister Ali Akbar Salehi, in comments to the Fars news agency.

“They did not visit any nuclear sites. We were ready to facilitate such visits if they had wanted to.”

Mark Fitzpatrick, a director of the International Institute for Strategic Studies, told Reuters that Nackaerts’s comments showed signs of a peaceful solution to the crisis.
“The IAEA would not be scheduling another trip unless they had an expectation of progress in clearing away at least some of the questions about suspicious past nuclear activity,” he said.

The U.S. Director of National Intelligence, James Clapper, on Tuesday told US Senate Select Committee on Intelligence that sanctions could be working.

“We judge Iran’s nuclear decision-making is guided by a cost-benefit approach, which offers the international community opportunities to influence Tehran,” he said.