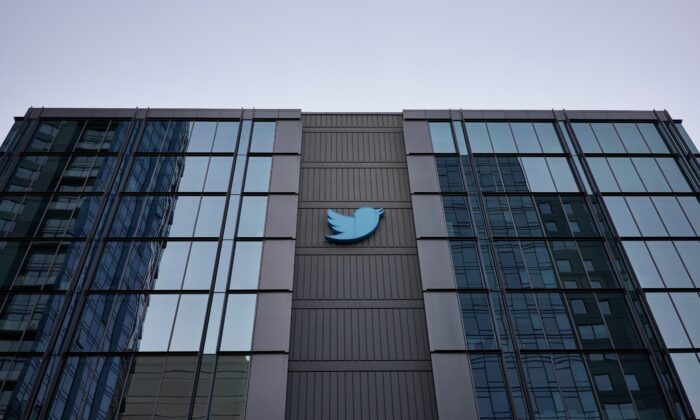 Now More Than Ever Conservatives Must Get Off Twitter

I have written before urging conservatives to get off Twitter.

By remaining on the social media (what a weird name, when you think about it) site they are, in essence, sleeping with the enemy, cooperating with a company that is as deeply mired in cancel culture as any.

I need not remind readers of how Twitter, under its then CEO Jack Dorsey, played a pivotal role weeks before election 2020 by blocking the New York Post’s accurate coverage of the Hunter Biden laptop scandal.

This same portable computer—we have just learned via the Post’s Miranda Devine through her new book “Laptop from Hell”—contained yet more appalling information linking the Biden family to Xi Jinping’s China to the tune of millions.

Polls tell us that had more of the public been informed about the laptop before the election, the result would likely have been different. (Or may have been accurate, if you prefer.)

And yet, despite my importuning (which I readily admit doesn’t count for much), not to mention the freedom of speech principles they claim to believe in, few well-known conservatives, politicians or media, have left Twitter to this date.

Sadly, they seem addicted to it. Or perhaps they are afraid of being left out. Whatever the case, it’s an unattractive mix of cowardice and hypocrisy.

After only one day of the new regime—what breitibart.com aptly calls “Gulag Parag”—Twitter has actually made a turn to the worse, taking it further toward the fascistic.

The platform has issued new rules banning the sharing of images or videos without, in most cases, the explicit consent of those being photographed.

In other words, good-bye the victims of Waukesha because there was no time to ask people questions, let alone get the consent of the mass murderer.

Good-bye, Antifa burning buildings. (Can you imagine getting their permission? You’d probably get bashed over the head with a skateboard, if you were lucky.).

Good-bye, virtually anything that reflects poorly on the left or their ideologies. BLM riots and similar are unlikely to appear again.

What was most interesting about Twitter was its immediacy. No more. We are now in the era of “selective immediacy.”

Twitter will only show what the new regime wants it to. How neo-Stalinist. No wonder Dorsey wanted to beat it and turn over the reins before the inevitable pushback.

Speaking of which, who is Parag Agrawal? He has been accused of racism for, you guessed it, an ancient Tweet.

I’ll give him a pass on that, largely because Twitter itself, through its telegraphic form that rewards the clever put-down over the substantive, consistently brings out the worst in people. Social media, as I implied above, is misnomered. It should be called anti-social media.

I won’t, however, give Agrawal a pass on his new regulations. He comes from the tech world and it seems increasing numbers of techs are skeptical of free speech, perhaps because they study technology, not history. Technology has the illusion of being definitive when it’s not. (Remember “garbage in, garbage out.”)

This is a moment of change toward the further totalitarian at Twitter and, as is written in the I-Ching, “Change… Opportunity.”

The opportunity here is for conservatives to finally get off. Agrawal and company have provided an excuse for those who need it. To remain on a platform that has ramped up its already significant censorship capabilities to such a degree would be a new level of hypocrisy.

And toward what end? Is anybody really listening, anybody who might be convinced of something? Will the gang at CNN finally admit their constant prevarications? Hardly.

Reforming Twitter is impossible. You don’t own it. Better to do the right thing—leave and in so doing destroy it. The stock is already headed down. Keep it that way.

You’ll be doing everybody a favor, including liberals and progressives, although most of them may be too clueless to realize social media is polluting everyone’s brains.

But do it most of all to feel better about yourself. Trust me—you will.