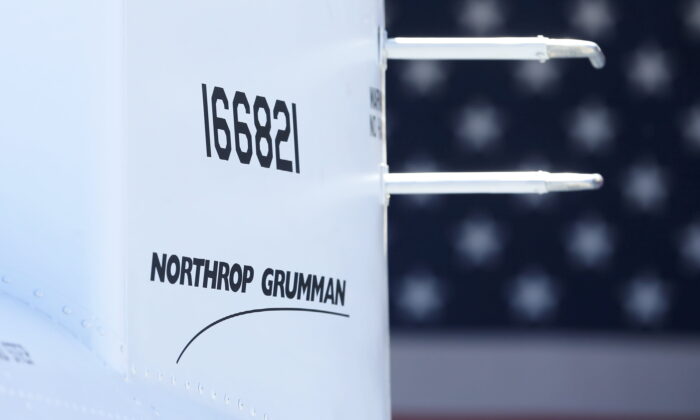 The corporate logo of Northrop Grumman on a Fire Scout MQ-8 B unmanned helicopter during a ceremony at Naval Air Station North Island in Coronado, Calif., on May 2, 2013. (Mike Blake/Reuters)
Companies

Defense contractor Northrop Grumman Corp said on Monday it had won a contract to build and deploy a low-Earth orbit constellation of 14 satellites for the U.S. Space Development Agency.

The satellites are part of the agency’s plan to build the Tranche 1 Tracking Layer for detecting, identifying, and track hypersonic weapons and other advanced missiles from their earliest stages of launch through interception.

The agency said the Northrop award had a potential value of about $617 million.

The space agency also awarded a similar contract to L3Harris Technologies Inc, with a potential value of about $700 million.

The launch of the satellites is expected to start in April 2025.