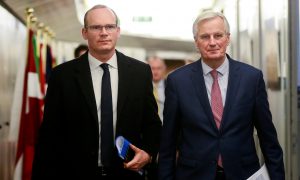 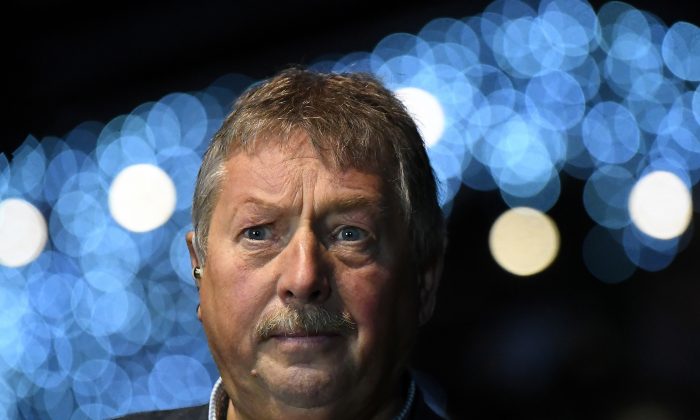 Northern Irish Kingmakers: We Will Not Support May’s Brexit Deal

LONDON—The Northern Irish party that props up Prime Minister Theresa May’s government said on Friday that it would not support her Brexit deal but that businesses should be relaxed about leaving the EU without an agreement.

“In fact we’re more alarmed about what is coming out from the EU and especially the Irish government,” the Democratic Unionist Party’s Sammy Wilson said when asked if he was reassured by signals from Brussels.

May still hopes to get her deal through parliament, though even members of her own cabinet admit privately that to do so she will need to make significant changes and win over lots of opposition lawmakers.

If the lower house of the British parliament does not approve May’s deal then the world’s fifth-largest economy will leave the EU without one on March 29 at 2300 GMT as the date is set in law – the 2018 Withdrawal Act.

The Northern Irish DUP, whose 10 lawmakers have propped up May’s minority government, has demanded she ditch the Irish backstop, something the EU and May have ruled out.

The DUP’s Wilson told BBC radio that the Irish backstop was a “con trick” and added that farmers and businesses should be totally relaxed about a no-deal Brexit.

“If anyone should be worried about the tariffs on beef and sheep then it should be the Irish because of course, we, the United Kingdom are net importers of food,” Wilson said.

Facing the defeat of her deal last month, May postponed a parliamentary vote on it, pledging to seek “legal and political assurances” from the EU.

Those efforts appear so far to be in vain. The EU said it will not reopen the negotiation though it signaled it might offer some concessions.

May needs 318 votes to get a deal through parliament yet 117 of her 317 lawmakers voted against her in a confidence vote on Dec. 12.

So she will need the support of some of the Labour Party’s 257 lawmakers or to win over swathes of her own party and the DUP.