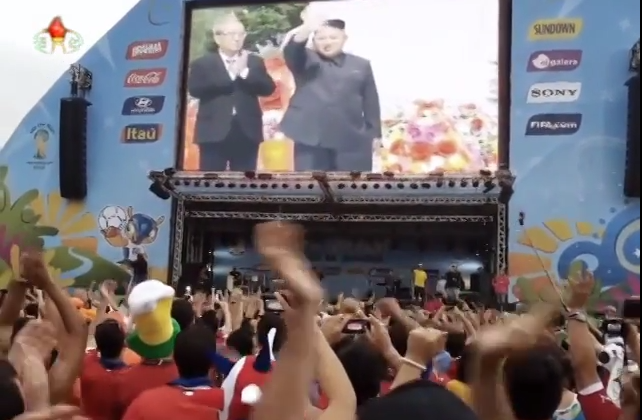 A North Korean news report about the country being in the World Cup playoff round is a fake.

Old soccer game footage appears to have been used, most noticeably a shot of Portuguese star Cristiano Ronaldo.

There is also a shot of Brazilian fans cheering current North Korean leader Kim Jong-un on a large screen.

Yahoo Sports has since pointed out that this video is a parody and not North Korean propaganda, citing Reddit user “crnprdian” that the broadcast anchor’s voice doesn’t sync with her lips, and is not speaking in a North Korean dialect.

Also, Hollywood Reporter has pointed out that the reclusive Asian country does air delayed and heavily censored South Korean broadcasts of the games, which means that the North Koreans do know some of the results in the Brazil tournament.

North Korea did qualify for the World Cup in 1966, where they scored a famous 1-0 victory over Italy before losing to Portual 5-3 in the knockout stage, and in 2010, where they lost all their group stage matches to Brazil, Portugal and Ivory Coast.