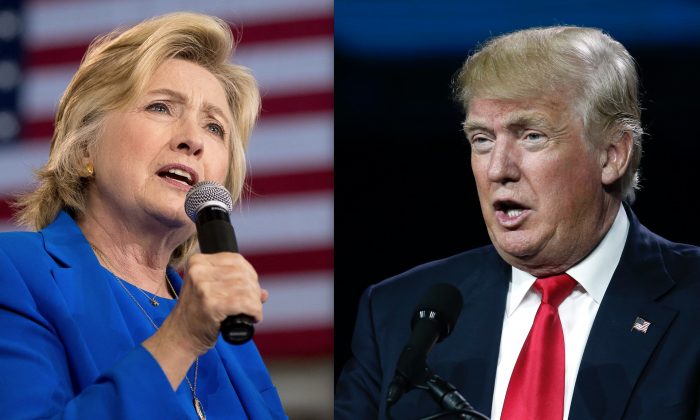 A new poll shows Hillary Clinton and Donald Trump in a dead heat in the swing-state of North Carolina, after months of the candidates taking turns in the leading position, with Trump maintaining a small lead more recently.

The state, which was won by President Obama in 2008 against John McCain, but was lost to Mitt Romney in 2012, is typically considered a Republican-leaning state. Obama’s win his first time out was the only time a Democrat has taken North Carolina since Jimmy Carter beat incumbent Gerald Ford in 1976.

Other North Carolina polls by Fox News and Public Policy Polling have shown Trump up by slight margins. Fox showed Trump ahead by 5 percent—45 percent to 40 percent; the PPP poll gives him a 2-percent edge—45 to 43 percent.

One aspect revealed in the New York Times/Siena College poll, which has remained a constant throughout the election season, is the split on demographics, with Trump winning the majority of white supporters—53 to 28 percent.

Clinton, consistent with other polls, leads Trump with minorities 86 to 3 percent.

Trump has increased his outreach to minorities, saying in rural North Carolina on Tuesday that black communities “are absolutely in the worst shape that they’ve ever been in before—ever, ever, ever.”

In a Fox News Town Hall with Sean Hannity highlighting themes of his outreach, Trump embraced the controversial “stop-and-frisk” policies when he was asked by an audience member how he would address violence in the black community.

“We did it in New York, it worked incredibly well,” Trump said, later clarifying he only meant Chicago should implement the system.

The stop-and-frisk policy was stopped in New York in August 2013 as the result of the policy’s widespread unpopularity in the minority community and a federal judge’s ruling that it violated New Yorkers’ rights.

On Tuesday, Sept. 20, Clinton postponed an event scheduled for Chapel Hill, North Carolina. No specific reason was given for the postponement.

The poll was conducted from Sept. 16 to 19 among 782 likely voters in North Carolina.

North Carolina has been in the national conversation for the last few days after violent protests and civic unrest broke out in Charlotte following the death of a black man, Keith Lamont Scott, by a policeman.

Republican Governor Pat McCrory called for a state of emergency in the city after a second day of protests saw the shooting of one of the protesters. The city’s police said that the shooting was not caused by an officer.

In the New York Times/Siena College poll, McCory has fallen out of favor with voters, trailing by 8 points against Attorney General Roy Cooper, 50 percent to 42 percent.