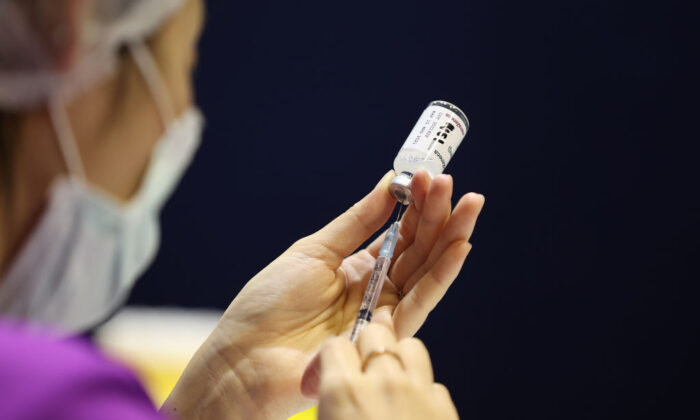 A county in North Carolina has begun a campaign to bring COVID-19 vaccinations to people at their homes.

Mecklenburg County has dubbed the effort “doses to doors.”

The county’s health department “is offering COVID-19 vaccinations on demand in neighborhoods across Mecklenburg County,” the county said on its website, calling on residents to “be on the lookout for our mobile vaccination unit.”

The unit is providing vaccinations on demand. People can get a shot of Pfizer’s vaccine if aged 12 or older or a Johnson & Johnson jab if 18 or older, according to a flyer about the campaign.

“As we go and have those individual conversations that we know are so important and encounter someone who is ready to get the vaccine or has their concerns identified and says ‘OK let’s do it now,’ that vaccine will be available at that time,” Mecklenburg County Medical Director Dr. Meg Sullivan told WBTV.

While volunteers with nonprofits have been going door to door to spread information about the COVID-19 vaccines since May, the door-to-door vaccination effort is new, WBTV reported. The unit, which was following volunteers with Action NC, started at Southside Homes, an apartment complex in Charlotte.

Richard Dawkins, a volunteer, said volunteers “are not confrontational” and that their job is to “dispel rumors and things.”

Most people told door knockers that they had either gotten a vaccine or didn’t want to; four people decided to get a vaccine.

Page 1 of Doses to Doors Flyer

“The reason I haven’t been vaccinated yet is because I didn’t have the convenience of getting around to get there,” one man who received a shot said. “I have grandkids in here I watch every day.”

McMaster earlier this month called on the South Carolina Board of Health and Environmental Control to direct state and local health care groups not to use “‘targeted door-to-door’ tactics in the State’s ongoing vaccination efforts.”

The call came after White House officials announced a nationwide effort to go door to door to try to drum up fresh interest in the vaccines due to lagging demand.

“A South Carolinian’s decision to get vaccinated is a personal one for them to make and not the government’s. Enticing, coercing, intimidating, mandating, or pressuring anyone to take the vaccine is a bad policy which will deteriorate the public’s trust and confidence in the State’s vaccination efforts,” McMaster said in a letter to the state agency.

Besides the mobile unit, Mecklenburg County is offering to send health officials to people’s homes to administer shots if residents fill out a form requesting such a visit.

As of July 14, approximately half of the 1.1 million residents in the county have received at least one COVID-19 vaccine dose.